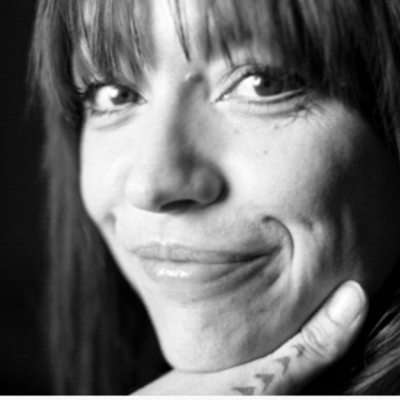 Imagine yourself in a record shop. A seven year old girl alone is entering the store. You might even be more surprised to see that girl is buying some records. And to top it all, you are seeing and hearing that same girl a couple of years later, behind the DJ desk of known and famous nightclubs. That is not a fairy tale, but the start of Manon’s first encounters with the “world of music” and the start of her career as one of the first She DJs in Switzerland.

Music has become the most important part of Manon’s life and she has created her social environment around it. Fortunes got her the opportunity to play her first records at her home base at the age of 15. During her professional education in the hospitality industry Manon discovered illegal parties at the “Dampfzentrale” and the “Bluelight” in Berne/Switzerland which awakened her passion about electronic music. The founders of the “Bluelight” opened one of the first House and Techno locations in Berne, called “Aare Bar”. Manon has been managing the bar for the first year. After some travel through South America, Portugal and Marokko, she took over a bar of her parents near Berne. A DJ desk and a new dance bar had replaced some high chairs and tables and an after hour location was born, hosting well-known names from the national and international DJ scene.

Zurich became the mecca of electronic music in Switzerland. Private and professional reasons brought Manon to this city in 1993. Her job at a record shop and her involvement in the legendary after hours at the “Oxa,” in Zurich/Switzerland and the “Tarot Club Grodoonia” in Rumlang/Switzerland influenced her decision to turn her hobby into her profession. Thanks to her first resident job at the “Kaufleuten” Club in Zurich and various gigs at insider parties of friends such as “Dekadance”, Massive Ursive Primitive” and “Supergirls” she established her carrier in the Swiss and later on also in the international DJ scene.

Meanwhile Manon is in the business for over 20 years and is still passionate, very audience centric, perceptive and close to her fans. She has never stopped to evolve her wide range of music be it Chill out, Techno, House, Progressive, Minimal, Deep House, Tech House. So nowadays, depending on dance floor and her mood she mixes electronic dance music. Amazingly she has never re-played a set twice in all these years.

Manon has played in a lot of legendary clubs and just to name a few :

1996 Manon started to produce her own music, which she enjoys tremendously. 2001 to 2004 was more dedicated to her new family. However in 2005 her creativity bloomed again, her discography expanded and will even more in the future. Knowing Manon, nobody wonders that she had also executes on her event virus. With her different party labels “Durch Die Ohren Auf Die Haut”, „3(b)engel für bern“ and „Heimisch& Laut“, she has positioned a series of events in the Swiss Techno landscape which draw her audience and fills clubs such as the „Supermarket, Zurich“, “Kapitel, Berne” and “Hive, Zurich”. Almost every party guest knows her meanwhile famous face paintings services Manon started to offer in 2010 at her parties and which has been copied since.