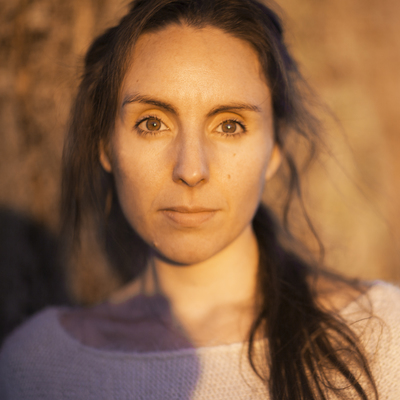 Funk, Soul, Vaud – Marian is an Anglo-Uruguayan-Swiss singer-songwriter inspired by the beauty of Life, Human Being and Nature . She describes herself as a nomad in... Read Biography

Marian is an Anglo-Uruguayan-Swiss singer-songwriter inspired by the beauty of Life, Human Being and Nature . She describes herself as a nomad in the quest for connection. Marian's trilingual music blends her multicultural origins and invites her audience to feel presence and intuition.

If Marian Crole's music were a drink it would be a Daïquiri Cocktail with a taste of Aretha Franklin's power smoothed by some jazzy delicate touch à la Norah Jones. Her lyrics bring up the intensity of precious and simple moments of life. Each concert offers an experience for transformation and gratefulness.

What fans love about Marian Crole's music:
"A jazzy elegance, a simplicity that is only apparent, and a poetry magnified by a wide and dense voice."
"Your voice touches the heart."
"Her music feels like a journey through distant countries."

Marian Crole grew up nourished by the influences of her own various origins. She writes and sings in the three languages of her upbringing: Spanish (Uruguay, her maternal origins), English (Great Britain on her paternal side) and French (Switzerland the country where she lives)

She started learning piano when she was 4 years old, and she organized her first music show with her neighbor when she was 7. The ping pong table in the park was the stage, and Marian sang her first original song. Music always came naturally to her, as did the words with which she loves playing. In 2003, her first collection of poems was published by Al Margen Ediciones in La Plata Argentina. Passionate about dance, theater and music, in the same time that she was working on her first professional studio recording as singer-songwriter, she created an interdisciplinary show that she presented at the Festival OFF Avignon in France in 2013. Encouraged by the medias who praised the music aspects of her show, once she was back in Switzerland, she developed her music while keeping close to theaters. Marian worked on an acoustic set using classical guitar with acoustic voice. This allowed her to play in different places from concert halls to theaters and galleries.
Enhanced by these experiences she then felt ready to jump into her Soul's inspirations. She created a music band with Théo Duboule, jazz guitarist, Aurèle Louis, classical cello player and Yann Hunziker a progressive rock drummer and released her first EP in 2016, combined with a Tour in Switzerland. The release of her first album is expected for November 2019 in collaboration with Influx Studios based in Bern and Berlin.

Marian Crole has performed in front of audiences up to 300 people. In band's live concerts, musicians true love of music and the energy of their deep connection with each other flows freely till reaching the public with joy.
She performs in duet (voice-guitar) and in full band.

Registered since over 6 years
Last login on 5 July 2019