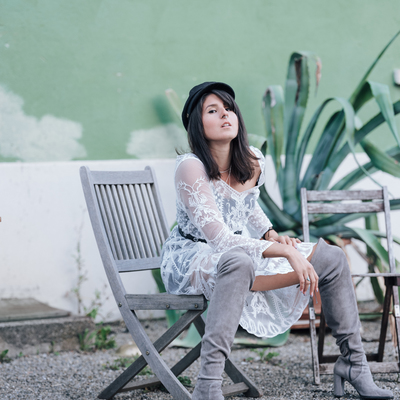 Pop, Zürich – Marina Brunner is a Swiss based Singer-Songwriter making music since an early age who experienced her musical awakening during her two year... Read Biography

Marina Brunner is a Swiss based Singer-Songwriter making music since an early age who experienced her musical awakening during her two year residency in Australia. This is where she found back to herself, to songwriting, started gigging around and ever since shares her message to BECOME WHO YOU TRULY ARE. Before that, she graduated from Music University Lucerne with a Master of Arts in Performance to become a professional clarinet player. Working on becoming a professional musician since 10 years old she lost her authentic core along the way and felt trapped functioning in the classical box. Playing on big stages as a solo instrumentalist Marina knew she was suppressing a big part of herself - the one that had to share a story. Today Marina is motivated by connecting to an audience and inspire them to unlock their true potential. It is those moments that make her love for singing and songwriting even greater and strengthen her to work hard for her dream to share her music and message with people around the world. Since February 2019 she has been working in the studio producing and recording her two singles "DRIFT AWAY" and "DISTRACTIONS" which will be released this summer.

Registered since over 1 year
Last login on 3 February 2020