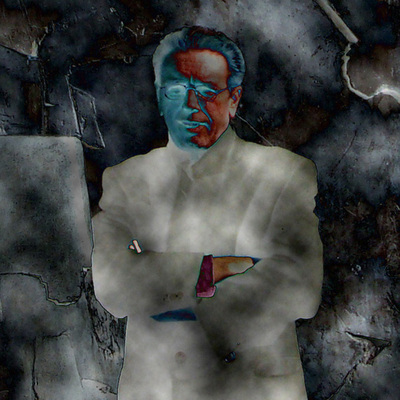 As of his childhood, Marius played violin to the academy, then acoustic guitar and electric bass guitar at home. Teenager and young adult, he played as bass player and singer in hundreds of popular balls and concerts of rock, blues and pop on international stages and in connected clubs in Switzerland, England, France, Italy, Greece and in Luxembourg with the orchestras Love Things, Mysterians, Mustangs, Flash, Bread and Cheese, Waterloo, East India Company and with other groups of passage for jam sessions. Then, every night, in night clubs and dancings, he played hits of international varieties with professional dance orchestras such as Fofoniani and Pop Corn.

After this extraordinary period in concerts and connected nights, Marius studied the classical music in the academies of Sion, Montreux and Geneva. It supplemented long studies of writing techniques for a professional music composer and orchestrator at the Conservatoire Supérieur de Musique de Genève. With his professor Pierre Wissmer, Marius obtained a solid professional training in the section of the high studies and virtuosity, concerning scoring techniques for symphonic music, chamber music, choirs and soloists, opera, sacred music and film music. Marius improved then in Berklee School of Boston for the film music scoring, with the school Sam Seale of Nyon for the music business and with the Film Music Group Media of Los Angeles for the marketing of film music composer.

Marius wrote the theatre musics of Volpone (Ben Jonson), played by Les Compagnons des Arts, and Les Bas-Fonds (Maxime Gorki), played by Le Théâtre Ephémère. These plays put in scene by André Schmidt had much success at the time of the public representations. Later, Marius wrote and makes play Missa Spiritui Sancto in the Temple of Cheseaux-sur-Lausanne, for a sacred concert directed by François Rouvinez and performed by the choral society La Vilanelle of Geneva.

Marius produced in his own studio, the Paradisum Studio, artists such as Bantelino, Pulchel Stone, Elizabeth III, Matthew Bora and Eliane Chappuis. The musical catalog of Marius includes a repertory of about 600 titles. Marius has also a catalog of videos films and a catalog of literature including novels, philosophical essays, plays, songs and screenplays. Marius also composed, orchestrated and produced a symphonic album of 60 minutes, heading New Age Symposium. He recorded the work in the Hungaroton studios in Budapest with a philharmonic orchestra of 100 musicians: The Budapest Symphony Orchestra. That work was sponsored by Disch Holding SA in Geneva.

To survive during his work of production, Marius taught the music and obtained the assistance of sponsoring and private patronage. During this period, Marius produced rock and house titles having had success in the radios, such as for example, Le Clochard Philosophe, Les Eucalyptus d'Athènes and Marius I Need You. He was interviewed per many newspapers, magazines and radios in french part of Switzerland and France.

Marius also occupied of the musical promotion of some Swiss composers and of Sidcup Symphony Orchestra for a round in concerts in Switzerland (English orchestra whose president was Sir Edward Heath, ex Prime Minister of the United Kingdom). He also dealt with promotion in Cannes of the album Kiss The Boys of Raven Bleu, American artist from Hollywood, and the promotion of the maxi single Tagged Live sung by Eliane Chappuis, Swiss and American artist of Bern, singer, actress and model.

Marius had honor to be rewarded by distinctions for its musical work. A medal of honor during its final examination to the Higher Academy of Music of Geneva. The medal of the merit to the Promo-Sion festival in Valais, applied for the production of its single record Le Clochard Philosophe. Marius also had the honor to have scored and produced the soundtrack of the American film Zombie Cheerleading Camp (Jon Fabris), film which obtained a Golden Ace Award at the International Film Festival of Las Vegas 2009.

For additional infos concerning Marius Devaud, please consult its internet website at www.MariusDevaud.net. You will be able to listen to the tracks performed by Marius Devaud Orchestra and recorded in Paradisum Studio. SUISA is the Performing Rights Organization of Marius Devaud. Internet networks of Marius are: Youtube, MySpace, Facebook and iMDB (Internet Database Movie).

Registered since about 13 years
Last login on 26 November 2012