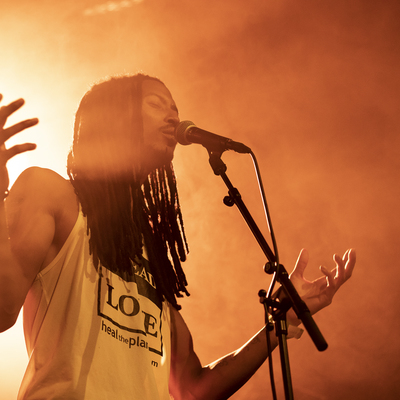 Pop, Vaud – Marquise Fair Bio: I come from a violent ghetto. I lived with my mother and brothers in subsidized housing. Thanks to a scholarship, I was able... Read Biography

Marquise Fair Bio:
I come from a violent ghetto. I lived with my mother and brothers in subsidized housing. Thanks to a scholarship, I was able to study at Florida International University, where I graduated in 2012. At 22, I went to school, I learned to play guitar and I composed songs.
After a concert in an art gallery, Nadia, the owner offered to help me by introducing me to a friend of hers, a drummer and producer in Switzerland. David contacted me and we immediately agreed, we were on the same length of musical wave.
After a few months, David suggested that I try my luck in Switzerland. If I could go there on my own, he would find me good plans to perform in concert and earn money. This would allow me to finance the recording and production of my first album.
So instead of going to study, I took a risk by doing the sleeve playing music in the street, I did odd jobs: dug holes, picked up pebbles, take care of customers in hotels. Then I sold my guitar and bought a cheaper one. I managed to raise a few hundred dollars and in January 2016, I flew to Switzerland. After 34 hours of flight and a chaotic itinerary I finally arrived in Helvetian territory. David and I worked hard, show after show. We recorded the albulm ourselves.
In 2017, I participated in American Idol, but it was not too much my thing because I do not like playing the music of others.
And now I'm ready to share my music with the rest of the world ...

Registered since over 4 years
Last login on 2 February 2023