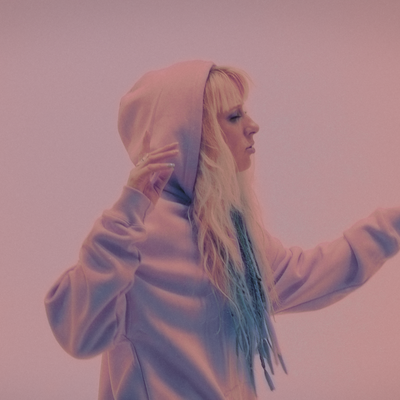 Pop, Solothurn – The Band Mary Keey, is an unbelievably Hypnotic, Dance, R&B, and Pop Band That will have you dancing in the Street. If you are a lover of any... Read Biography

Mary Keey, is an unbelievably Hypnotic, Dance, R&B, and Pop Band That will have you dancing in the Street. If you are a lover of any kind of music, Mary Keey is the show you must see and hear.

The European sensation Mary Keey consist of ; Mary Keey, Phil Gitwilk, and Lizzy Battistotti. Phil and Lizzy are from Italy and Mary is from neighboring Switzerland. The group, which began as a duo, with members Mary (vocals and guitar) and Phil (guitar, background vocals, arranger, and producer). The two met in Switzerland in 2009 while on separate tours. Lizzy ( Percussionist) was brought on board to complete the band. The Band now make their home in Olten, Switzerland and are considered to be well on their way to becoming the next big thing in the Dance &American pop markets.

The Mary Keey Sound is refreshingly distinctive, their songs are addictively catchy, up tempo, feel good songs that has a pop and Caribbean fusion feel to it.
Each band member has their personal taste in music, which covers all genre, but they admit to being influenced by some of the most popular artists of the day, which include Rihanna, Pitbull, David Guetta, Kes$ha, and Nicky Minaj. However, they believe that they distinctiveness of their music is what has brought about their popularity in the United States.

Their musical styles range from Dance, House, Hip-Hop to Urban, Techno, and Rock influenced sounds featured on their singles “O.M.G”, “Euphoria” and “100 Lights”.

In Mid 2012 Mary Keey toured the Eastern Seaboard of the United States where the response was absolutely incredible. They played some historic Venues such as Kenny’s Castaway, where bands such as Mark Knopfler, Rod Stewart and Bruce Springsteen have played in the Past.
Inspired by the success of that tour, the band got right to work on their next album.
In January 2013 Mary Keey recorded their new single 100 LIGHTS at the CHAPEL STUDIOS in London with Steven A. Williams who already produced artists such as Sting and Britney Spears.
Ever goal-oriented as they are, Mary perhaps summed it up best in closing: “We just want to play; we just want to get out and play for the fans!” And so That is what they are doing, as they have two big tours coming up, they start off in Switzerland and will be hitting the US East and West Coasts in November 2013. (See Press Kit for Dates and Venues)

Mary started her musical career early on as she grew up in a small town in Switzerland singing in musical choirs and taking lessons. Though she studied Linguistics, she taught herself the English language long before instructions at school. Poetry and lyrical writing was a part of her as long as she can remember. Being a bit strange with her white hair and shy personality she quickly learned that the only way she could express her true feelings, as well as her true self, was through songs. In 2009 Mary met like-minded Phil and they decided to create “Project Mary Keey” by recording a couple of cover songs. Things started to take shape fast and their “experiment” became a full-time job sooner than they knew it! Mary is also known for her great sense of Fashion and crazy make-up: “I like to dress up and paint my mind-state on my face”, Mary sais.

Phil was born in Italy and started to play the guitar at the age of eleven. That’s where he discovered his love for the music. Soon he found other musicians and he started jamming with them. They started to compose songs and soon after they founded the band HOUSTON! which brought him a lot of experience in producing, live shows and song writing. In the meantime he also studied the Cello, the piano and music theory. To improve his skills he enrolled to an online course at Berklee College of Music this spring 2010. He finished with a Master degree in Music Production and Guitar in Spring 2013. Him and Mary founded the band in 2009. After Producing a couple of songs it became clear that Phil was going to do more than just play his favorite instrument, the guitar, but he also started rapping and playing with sound design and DJ-consoles. That’s how Mary Keey got their distinctive Electronic-pop-rock sound.

Lizzy started playing at the early age of 3 and joined his first band at the age of 11. He stayed with this band for 10 years. Lizzy studied at the famous Conservatory of Music in Piacenza. In 2005 he went on his first out of country tour in Switzerland, with a classical music orchestra. Up until today he played in several cover bands starting from blues to Jazz over to Rock ‘n’ Roll and back to traditional Italian music. Lizzy toured as a drummer with many bands all over Italy and finally joined Mary Keey in 2011.