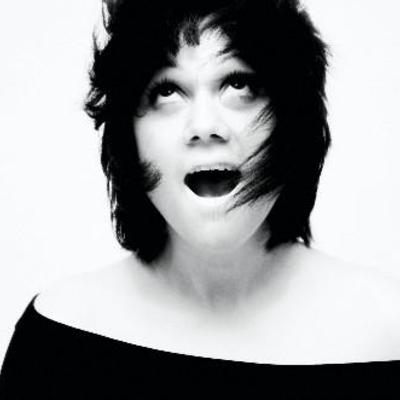 BIOGRAPHY Producer, Dj and label owner, Claudia Ayala likes playing with words in the same manner she manipulates sound. Her pseudonym Masaya refers to her surname, Ayala and also attests to her will to push forwards and explore the electronic world as “mas alla” means “further” in Spanish, which is the mother tongue of this young Swiss miss, originally from Chilli but established in Lausanne since the tender age of 2. As the grand –daughter of a professional football player Claudia Ayala fled the Pinochet Regime and immigrated to Switzerland. She was an ardent lover of music from a very young age, her world evolving around the likes of Michael Jackson and “la cueca” a sort of Chilean country music. She participated in events organised by the local Chilean community but had her main musical flash at the age of 15 when she discovered the tantalizing existence of clubbing. Trance resounding in her ears, her world capsized. For the next 7 years she became hooked by clubs, and naturally, from the Mad in Lausanne she haunted all the major clubs between Geneva and Zurich. As the years passed she was captivated by new sounds, progressive house and then electro. On her return from a trip to Ibiza, she entered a DJ competition. After having only improvised only a few weeks behind the turntables, she wanted to test the feeling of playing to a dance floor. Paul Okenfold, member of the jury, gave her an enlightening pep talk before her set and her ensuing performance won her a residence at the famous D! Club, one of the most prestigious house clubs of all time. It is now 5 years that Masaya has been performing regularly in the old cinema reconverted into a temple of the night. 5 years marked by a progressive evolution towards minimal, liquid house, haunted by muffled, dubby vibrations. Her universe had seduced many and today, she not only plays regularly throughout Switzerland but her charms have also spread internationally to places such as Trieste, Rome and Belgium. From 2005 Claudia Ayala started producing and following a handful of maxis released on labels such as NUM, Perspectiv or Meerestief, she decided to create her own stables: Mina Records. “Mina means” girls” or “chicks” in Spanish” she explains “I wanted to nourish the feminine touch in music, be it produced by a man or a woman, and sustain the music I love by choosing and proposing it to others” Among some of the artists she has signed are; René Breitbarth, Dana Ruh or Clara Moto. Mina Records has just brought out its 6th production

Registered since about 15 years
Last login on 11 November 2010