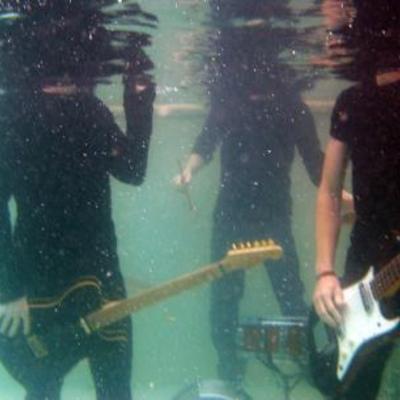 Rock, Fribourg – “I love the textures and rhythms MASI comes up with, very cool stuff.” Ken Lewis, mixer and multiplatinium producer, USA MASI has been a... Read Biography

“I love the textures and rhythms MASI comes up with, very cool stuff.”
Ken Lewis, mixer and multiplatinium producer, USA

MASI has been a guitar player in the metal band “Palmer” for a few years. He then decided to do a solo carrier and recorded a couple a tracks that ended up on Watermelon entertainment (an independent label from Fribourg)‘s desk. Watermelon’s team has been immediately seduced by his powerful and purified style.

Very rapidly, the artist and the label managers got along well. It is decided to contact Ken Lewis (American mixer and multiplatinium producer) and to offer him to work on the mix of the coming album. Four demo tracks are consequently sent in New Jersey. Ken who worked with the Beastie Boys, Tricky, Lenny Kravitz or with the famous Echo & the Bunnymen is immediately thrilled by MASI’s musical style and impressed by his guitar playing. He agreed to invest himself in the mix of this first album named « 2nd shape ».

MASI has been recording the album himself for two months in Langenthal, in Switzerland: Then, Ken took over and worked his fingers to the bone on the mix of this first opus for a month. Ken’s enthusiasm and professionalism is part of the album success. Thanks to Ken’s talent as a producer MASI’s music evolved and gained an international touch, which explains why « 2nd shape » is currently available in many European countries (see below)

The mail delivery company which duty was bringing the master tape with Ken’s mix on it from New Jersey to Montreal lost it on the way. It never reached its destination. As Sylvain, the mastering engineer, was going on holidays right after that session, postponing it was just impossible. As a result, Ken spent the night putting all the tracks on his FTP server so that Sylvain could download them and proceed with the mastering in good condition and in time! During the transportation to Switzerland, the tape broke and SBB studio had to make a second copy of the master. Despite all those unexpected incidents, the final master tape finally arrived in Switzerland where the manufacturing could start.

« 2nd shape » is a powerful and haunting album composed by eleven contemporary rock tracks where past meets present and where Masi’s soft and melancholic voice leads us into his mysterious and personal universe. The subtle lyrics approach different subjects always in a contrasting and poetic way. It is the second shape that blurs the issue. We find it again in his music, thanks to the electro shades, as well as in the double meanings of his lyrics.

« 2nd shape » is also made up of two layers of tracks; from quieter tunes such as “talk to me”, “component”, “joey”, etc., to more energetic ones like “sideway”, “nothing is like today”, “I can’t talk”, “what’s my home”, etc. His voice tone has some similarities with Bowie’s and his music is surfing from rock to Cold Wave, conciliating the different styles. To have without moderation.

Registered since over 14 years
Last login on 22 November 2011