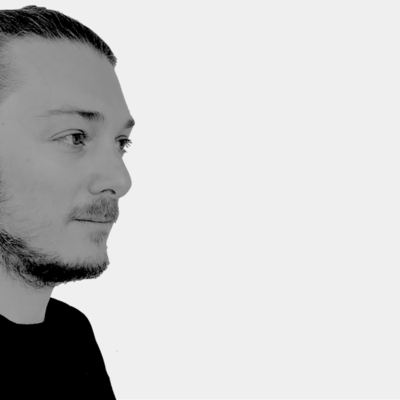 classique et électron..., Vaud – Mantanus began a career as a pianist – noteworthy is his concert in the Sala Verdi in Milan with the Concertgebouw of Amsterdam; however, he... Read Biography

Mantanus began a career as a pianist – noteworthy is his concert in the Sala Verdi in Milan with the Concertgebouw of Amsterdam; however, he quickly developed a passion for conducting which led him to study in Rome under the tutorship of Bruno Aprea as well as under the master Giuseppe Sinopoli, later becoming one of his assistants. This formative period also saw him attend numerous masterclasses, including with Jorma Panula (Schleswig-Holstein, Salzau) and Gianluigi Gelmetti (Accademia Chigiana, Siena). In 2009, Lorin Maazel invited him as a fellow to his Castleton Festival in Virginia, USA. Mantanus was to become Maazel's assistant in Italy and in Washington D.C. for productions by The Petruzzelli Theatre of Bari. Maazel also appointed him as his associate conductor for the Castleton Festival.

Additionally in 2009, after four years working for The Symphony Orchestra of Milan Giuseppe Verdi where he conducted a number of outdoor and family-orientated concerts, Mantanus debuted on the podium of the Orchestra della Svizzera Italiana. He also held the post of principal conductor for the Orchestra of the City of Ravenna for a period of five years. His career as a conductor since then as seen him work with numerous orchestras on a wide variety of productions including Cagliari's Teatro Lirico, Como Sociale Theatre with the Orchestra 1813, Filarmonica Toscanini, Pomeriggi Musicali at Milan's Dal Verme theatre and Tito Schippa's Orchestra in Lecce, and contemporary opera at Biennale Musica 2016 in Venezia.

Matthieu Mantanus holds a deep commitment to and enthusiasm for musical innovation and for increasing the accessibility of classical music to the general public. During the 2014-15 season he led the Jeans Symphony Orchestra, which he founded himself, in presenting five short prime time didactic concerts on the Italian national TV channel RAI 3. And the formula worked. Audiences approached one million viewers per evening. The following year he presented for the sister channel RAI 5 a whole series of live broadcasts from theaters around Italy featuring the world and works of Italian theatre, included the prestigious La Scala Opening Night.

In 2013 he founded JeansMusic Lab Productions to bring into life the innovative musical shows he has created: these include Revolution! (2014), Intimacy (2015-2016), BachBox (2018) and Baroque Reloaded (2019). The creation of the show BackBox saw Matthieu first experiment with electronic music. Here he discovered, elaborated and embraced a brand new sense of expression through a surprising and very personal musical language.

In 2020 Matthieu founded OpenStudio in Aigle, Switzerland, to share with smaller groups his passion in new ways for music at a time when concert halls and theaters have had to close their doors to the public. Parlons Musique - “Let’s Talk About Music!” - its first project, sees Matthieu explore the 150-year period between Bach and Debussy from a social, artistic and musical standpoint.

Registered since about 1 year
Last login on 7 September 2021