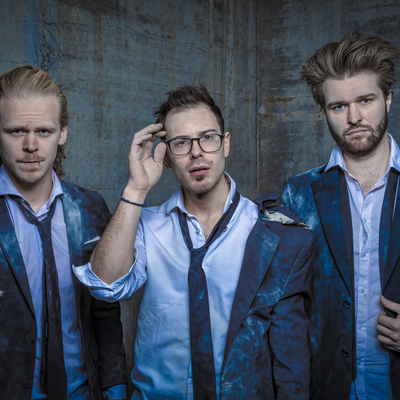 Jazz, Luzern – The term "MaxMantis" refers to a particular species of the insect class, more specifically the genus of the uber-mantids, stemming from the order... Read Biography

The term "MaxMantis" refers to a particular species of the insect class, more specifically the genus of the uber-mantids, stemming from the order of the mantodea and family of the super-mantidae. Naturally found in grassy and bushy terrains, the insect is well camouflaged, luring and waiting for other creatures to pray on. MaxMantis, like other Mantids utilise their famous claw-like forearms to trap un-expecting pray. Like a chameleon adapts its skintone and texture, Uber-mantids have the ability to adapt the colour and texture of their exoskeleton to mach their surroundings, increasing the effectiveness of their camouflage. This attribute gives them a unique ability within among Mantids, and as such they can be seen in varying terrain and habitats.

Despite the fast reaction speed when using its forearms, the creature moves about gracefully and elegantly.

The so called “MaxMantis Clan” currently consists of three known types/ species; JeffMantis, RexMantis and BobMantis. They are celebrated the world over for their heroic deeds and supermantid-abilities. Natural known enemies of the clan are “The Redback Bandits” and “The Moth Hunters”. The only known alai to date is “The Power Hen”.

MaxMantis plays the underlying soundtrack to their superhero lives, constantly searching for new forms of musical interplay and interaction. Always willing to try new ideas, the clan experiments pushing the limits of trio playing with each member taking equal responsibility for the outcome. There are no roles, there are no rules, there is no right or wrong, there is no spoon…., there is simply a deep musical understanding between three friends and the groove of the moment to bind them all together.

Registered since over 6 years
Last login on 31 March 2022