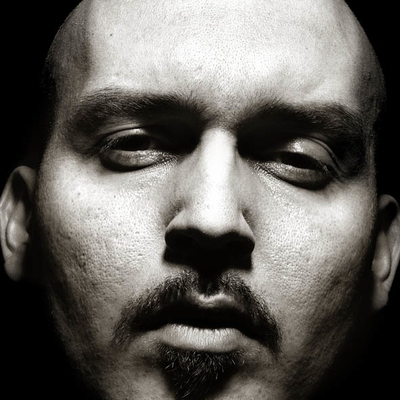 Hip Hop, Bern – Born Filip Pade in Szczecin, Poland on the 2nd January 1979, discovered his passion for Rap Music in the late 80ies, as he came along artists such... Read Biography

Born Filip Pade in Szczecin, Poland on the 2nd January 1979, discovered his passion for Rap Music in the late 80ies, as he came along artists such as Public Enemy, Ice T and NWA.
Soon he did his own writing and practiced very hard, in order to develop his special and unique flow.
In 1995 the magic began as he stepped up on stage for the first time; the reps were propelling and so was his enthusiasm.
Only a year later the first Demo appeared and made it’s way to London
and even Hamburg, muddling up the underground scene. More gigs followed and soon the „lyrical cheetah“ was
pre- act of groups like Killa Instinct, Spax and Kool Savas or Phi Life Cypher just to name a few.
In 2001 he released the New Age Rebelism E.P. on Hardcore One,
together with DJ Taste under the name of Last Resort. A year later,
the Lawless 12" followed, same label, same combo. Both Records gained
quickly underground fame from Switzerland to Japan. Last Resort also
founded the label Revolt Records,
on which later on his first solo
album was released. But until then,
a lot happened messing around in
the Drum & Bass and Jungle Scene,
where DJ Taste and Gambit knew how
to roll with their own productions.
So it was DJ Taste on the decks,
Gambit and MC Alkaline, former Member of Gunshot, on the vocals.
After artistic differences, Last Resort finally split up and Gambit started
his solo career working with other DJ’s and most importantly on his
first solo album Another Planet, which was released in 2008.
Another Planet was like the title expresses a jumpy experimental album that pleased old as well as new fans across the globe.
Working on new tracks, he did some remixes and features (e.g. My Boy
by Copy & Paste), had three of his tracks released on the established
Coast2Coast Mixtapes in the US and returned to Drum & Bass alongside
DJ Dusky. The second solo album Shutta Island, a raging 18 tracker was released on Def Jam Digital in 2011 and quickly became a first pick within the world of Urban Music.
Currently he is working on some new projects such as the Vendetta E.P.
as "The Ironfist" alongside Reach Da Reapa, one of the UK's finest Hardcore Hip Hop MC's and of course the third album, which will be named
„Contra Brand“.
Stamina will never decrease!

Registered since over 9 years
Last login on 13 January 2013