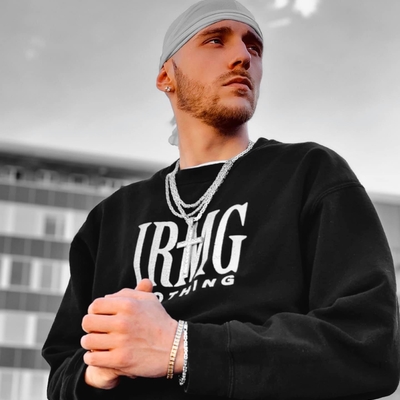 Hip Hop, Schaffhausen – He might have earned his name from a blunt paper pack donning the same name, but please don’t get it twisted, the Swiss man they call Mello is far... Read Biography

He might have earned his name from a blunt paper pack donning the same name, but please don’t get it twisted, the Swiss man they call Mello is far from mellow. It was his insatiable hunger to succeed and vicious approach on the mic that caught the eye of industry insiders.

A true hustler by any standards, Mello might have been born and raised in Switzerland but endured far from a fairy-tale upbringing. Abandoned by his mother at a young age and ostracized by the community, he did everything a ‘lost’ teenager would do to survive, from creating mixtape covers to doing things he’d rather not disclose.

Not content with staying within the boundaries of the Swiss market, Mello took to the social networks to broaden his horizons. Connecting with a vast array of artists from Sean Paul, Jadakiss, Vado, Fred The Godson, Ace Hood, Steve Lobel, Berner, Rae Sremmurd and many more he quickly became a ‘feature favorite’ for State side rappers. Mello is fast on the way of becoming a world-wide sensation.

When asked about what the next steps are, Mello leans further in his leather director’s chair, displays the same cocky smile that sends females of all age groups swooning, and then says “It’s going to get real crazy, that I promise you”.

Registered since about 1 year
Last login on 2 July 2021