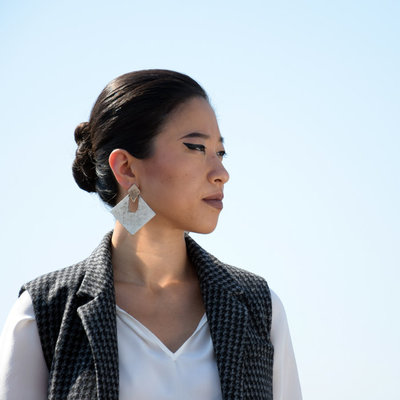 Pop, Zürich – Meng Tian – Switzerland / China Swiss-based, Chinese-born artist Meng Tian, made a name for herself as a gifted vocalist and songwriter with... Read Biography

Swiss-based, Chinese-born artist Meng Tian, made a name for herself as a gifted vocalist and songwriter with the release of her debut album "New Start" in 2008. Drawing upon her influences from many of the great female singer-songwriters, Meng Tian writes and performs outstanding English and Chinese songs that span across a broad range of genres. At the core her songs revolve around the enduring themes of true love, honesty, passion and compassion as well as finding one’s real identity and path of life; qualities and subjects, which she believes are still not being valued adequately in today’s world.

While the songs on her first album have a distinct jazz and soul oriented feel, her sophomore effort that is being released right now combines the big beats and heavy bass lines known from rock and electronica productions with refined synth and vocal arrangements. Conceptualized as a double album – all songs were recorded in English and Chinese – her new LP was produced over the course of the last four years in close collaboration with Roli Mosimann (Faith No More, Björk, Swans, The The, The Young Gods, Jojo Mayer).

Meng Tian’s musical journey has led her across the globe. She has played shows in the United States, China, and Europe, whilst steadily building a reputation as a captivating and inspiring live performer.

Registered since over 6 years
Last login on 16 January 2017