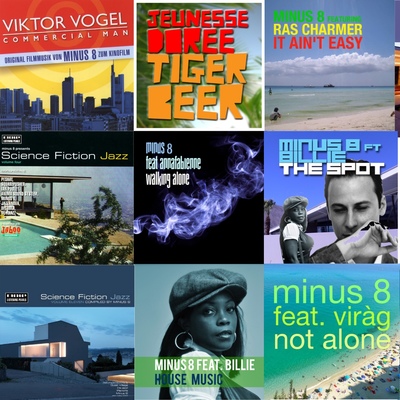 Electro, Zürich – Robert Jan Meyer, also known as Minus 8, is a producer and disc jockey. He has released 7 albums with various labels including Sony, Universal... Read Biography

Robert Jan Meyer, also known as Minus 8, is a producer and disc jockey. He has released 7 albums with various labels including Sony, Universal Music, Compost Records and others. His own tracks appeared on over 100 compilations as „Cafe Del Mar“, „Hotel Costes“ or „Fashion Week“. As Minus 8, he has played at numerous festivals such as Amsterdam Dance Valley, Montreux Jazz and Roskilde. Additionally he has toured in Australia, the United States, in South America, in Asia and all over Europe. His passion for movies has led him to compose music for many films, short films, spots and trailers. Of note, Apple Inc. used a Minus 8 track for the worldwide campaign of the Apple PowerBook. Robert also composed the score for the German movie Viktor Vogel – Commercial Man (Columbia Pictures). Minus 8 is a very versatile DJ and plays from Downtempo, Jazz and Soul to Disco, House and Deep House. He often performs at private events, which have included celebrities such as Bill Gates, Tina Turner and Prince Albert of Monaco.