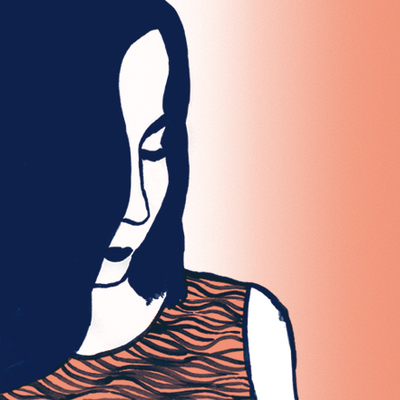 Folk/Country, Folk, Aargau – Her voice is warm and soft, her songs are a blend of folk-pop and Americana: sometimes quiet, vulnerable and melancholically dreamy, sometimes... Read Biography

Her voice is warm and soft, her songs are a blend of folk-pop and Americana: sometimes quiet, vulnerable and melancholically dreamy, sometimes powerful and rough, but always authentic, like the singer herself - this is Miriam Crespo, a Basel based singer-songwriter with Spanish roots. She doesn't need any autotune effects or bare skin. Instead, she'll win you over with talent, wit and natural charm. Miriam Crespo composes all her songs and writes her lyrics herself, without exception – she has more than enough ideas. At the center of them all are powerful stories whose truths will get under your skin. She also has a knack for catchy melodies and ballads that are thought-provoking, but always bear a spirit of optimism.

Miriam Crespo only needed a nudge to take the decisive step out of the practice room. A fellow guitarist gave the singer the metaphorical kick up the *** and the necessary encouragement to present her songs to a wider public. She has been playing live on the road since mid-2012, and has performed at the Utica Music and Arts Festival in New York. She gained the attention of the media for the first time with her first EP ("this is not a demo - this is an EP") in 2013.

Miriam Crespoʼs debut album «In the bones all along» (release date March 27, 2015) was produced by Luk Zimmermann (Lunik) and Dave Muther (Anna Känzig, Bliss) and contains twelve predominantly acoustic, personal indie folk songs written by Miriam Crespo herself. With three songs in the semifinals of the UK Songwriting Contest and very positive reviews, «In the bones all along» presents itself as an opulent lyrical work with a rich musical imagery, showing the artistry, maturity and sensitivity of the singer-songwriter.

«Untitled/Self-Portrait» is the name of the first single which was released on February 13, 2015. The song with no title is an ironic wink, a play on words and her first calling card, all at the same time. «Some of the things mentioned in the song are true and describe me and my idiosyncrasies pretty accurately. But, I will refrain, of course, from revealing what they are!» The optimistic portrait of a girl somewhere in a bar that will not get very far wearing high heels provides a snapshot and an impression of Miriam Crespo – but doesn’t impose any labels on her.

Registered since over 10 years
Last login on 5 February 2016