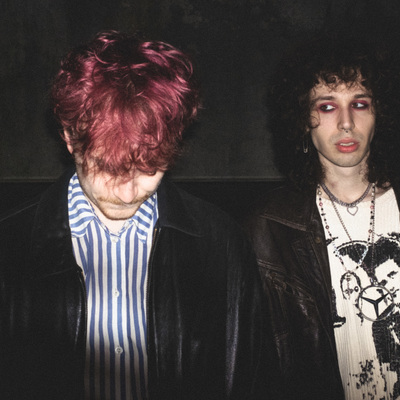 Postpunk/Darkwave, Bern – Its a winter midnight. Tamino and Max find themselves at a post-punk show that would rapidly change their lives forever and shake up their views on... Read Biography

Its a winter midnight. Tamino and Max find themselves at a post-punk show that would rapidly change their lives forever and shake up their views on how the art of music is supposed to evoke emotion.   Out of a cold night, the love for the dark and just a touch of anger and fierce, the band mistress is founded in early 2020 in Bern, CH.   Despite of a surge of motivation, the young musicians eventually are faced with a great challenge: The question of How to engineer a sound, a look, an overall experience that would naturally evoke a visceral and strong set of feelings, simply allowing the listeners to get fully immersed in the song more easily.   the streets are rioting, buildings collapse, vivid trembling imagery hits your eyes retina, as towers of warped, high pitched, distorted synth-sounds and guitars slowly surround you and a voice of anger, despair and melancholy automatically causes you to get fully sucked into mistresses first single-release "Early November", approximately a year after the band was founded.   The single rapidly gains listeners all over the country and would, among other tracks, be performed live for the first time in april 2022, after getting booked by tripity bern, leaving the ground of an abandoned and repurposed factory hall shaking and its windows buzzing, Leaving the audience with a sense of anger and awe.