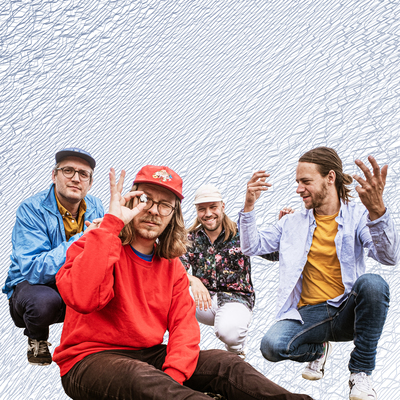 Pop, Aargau – When Mnevis released their album Episodes in January 2019, something happened that most people around them had hardly expected: After about 10... Read Biography

When Mnevis released their album Episodes in January 2019, something happened that
most people around them had hardly expected: After about 10 years of band history -
including shorter and longer creative breaks - the Swiss quartet finally released their first
longplayer and delighted critics and listeners alike. With their finely arranged and cineastic
songs, the band quickly became an established newcomer.
This was followed by club gigs all over Switzerland, appearances at renowned festivals such
as the Gurten Festival or La Cité in Lausanne and considerable streaming figures on Spotify.
And so the once stagnating organism Mnevis found a new dynamic. A dynamic which,
nourished by 12 years of deep musical friendship, will ensure that new sounds of the band
will be heard already in 2020.
On No Gravity the new and the past year shake hands: Mnevis open their third new single
apparently grounded and suggest a nostalgic look back with minimalistic arrangements. In
the second half, however, the song soars to unexpected heights, detached from any gravity,
towards a future that holds a lot of unknowns, but at the same time brings a lot of familiarity
and optimism.