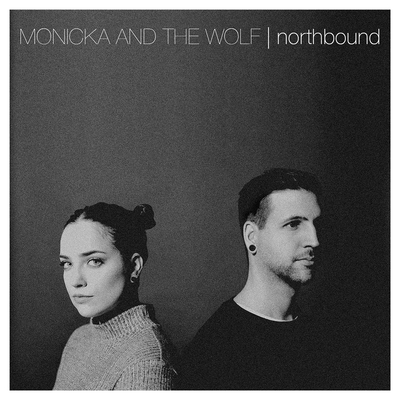 Monicka And The Wolf

Pop, Aargau – Monicka And The Wolf (NOR/CH) She’s from Norway; he’s from a little further South. She loves airplanes; he prefers the railway. Together they... Read Biography

Monicka And The Wolf (NOR/CH)

She’s from Norway; he’s from a little further South. She loves airplanes; he prefers the
railway. Together they share their passion for music - "Monicka And The Wolf"

Monicka Hove grew up in the Finmark region of Norway. A place where it’s infinite night in
the winter and in the summer months the midnight sun haunts ones dreams. It’s a land of
folklore, it’s a land that has inspired continued awe and fairy-tales. Situated at the
northernmost reaches of continental Europe, where the Norwegian coastline swings
eastward. Her hometown is Lakselv, it was here that she discovered her love for both
nature and music. Monicka started writing songs at the age of 13 and by the time she was
16, she was pursuing a formal education in music, dance and drama. Having been raised
in a family of musicians, it was no surprise that music was an easy second language to her.
Her first instrument was the piano but she eventually taught herself the guitar as well. Her
continued pursuit of the arts eventually drew her to a chance meeting with Patric, which
would end in an eventual collaboration.

Patric Waldmeier grew up in Mumpf, a small town in Northern Switzerland. He shared this
turf with his older brother. He played the keyboard when he was a child and like kids would
sing along to his favorite songs on the radio. Patric would grow up to pursue elementary
education, it was through this pursuit that his passion for music was realized. He taught
himself to play the guitar and began taking vocal classes, as well as experimenting in
various band projects. His first real influence was metal, “The hard stuff“, as he would say.
As his affinity for music grew, he started to lean more towards the acoustic guitar and
writing his own songs. It wasn't until his eventual pairing with Monicka, that he started to
discover his real sound.

The creative pair found each other through their love of music. Somewhere between
Fricktal and Finnmark, in the vast eternity of cyberspace. They bonded over their love of
grunge era music. They first started as a singer songwriter duo, but soon found themselves
limited by this genre. So in 2014 they began a journey into the eternal width of the electrospace.

It took them about two years of building and rebuilding their sound before they found their
own frequency. There latest project, “Northbound“, really captures the essence of who
they are as a duo. It’s best described as a musical journey that wanders with purpose, a
compass with a heartbeat that still points you north.