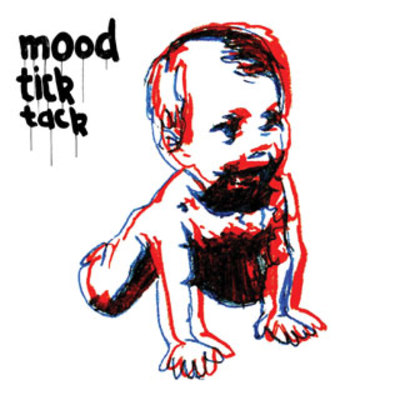 MOOD HISTORY
2004 - Ramona, Ray, Boris and Elena had a common goal: to make good Rock music. Therefore, they began by playing covers and an EP consisting of 6 hot cover songs was the result.

2005 - Elena left the band to go back to her country, sunny Spain. A new
bassist, Rudi, was quickly found. New bassist, new inspiration. The vision was clear: Creating original songs. And so the ideas just flowed out from the four creative heads.

2006 - Naming the band MOOD hit the nail on the head. This was due to the
fact that 11 songs were written which fell under the heading “Atmospheric/Moody”. It was clear that they had to be immortalised.
Therefore, recording for the first album «my own way» began that spring. This was done in-house and then mixed by V.O Pulver in Little Creek Studio.

2007 - The child was born! In March 2007, the work was christened in
Kultklub KiK and the band got signed to N-Gage Productions. Further appearances were not far off as, they then went on to play at the JKF Basel, Barberie open-air in Biel, opening ceremony of the
Nordtangente Basel, and as support band for Redwood, to name a few. Mood also had the pleasure of practising their interview techniques, since various radio stations such as Radio VIRUS,
RadioX, Radio Beo, KanalK etc., wanted to get to know them. Some songs were placed on rotation in their programmes and, consequently, Mood was crowned Mx3 Band of the week through Radio VIRUS.

2008 - Mood’s well of ideas were by no means depleted. They had already begun work on new songs and at the same time kept on doing concerts (Euro08 in Basel/Bubendorf, Fetes de Geneve in Geneva).

2009 - The year 2009 was signalled as the year to realise a 2nd album. With
a lot of lifeblood, Mood wrapped up work on 13 new tracks in summer. They then decided on collaboration with Rob Viso, whose refined mixing gave the songs their final polish. The baby «ticktack» will be out in January 2010 and the CD release takes place on the 16th of the same month in Kulturhaus Palazzo in Liestal. This is then to be followed up with an extensive Swiss tour.