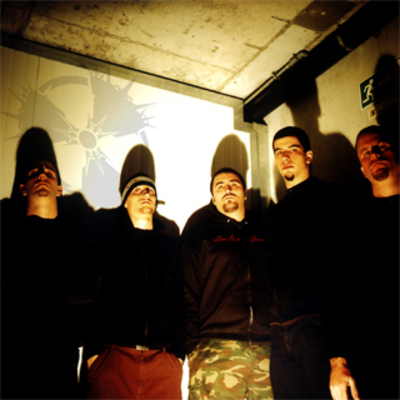 Metal/Punk, Metal, Ticino – Morbus Gravis was founded in late 2001 by Disma (drums) and Gian- Andrea (bassguitar) who would get in touch at the Modern Music School located in... Read Biography

Morbus Gravis was founded in late 2001 by Disma (drums) and Gian- Andrea (bassguitar) who would get in touch at the Modern Music School located in Lugano (Switzerland). After jamming for a while and trying out some guitarists, a long-time friend would eventually fill the vacant position in the band; Patrick was then the axeman. The first songs ever composed by the new-born combo could remind of some old fashioned thrash-metal melting up with different styles merging from death metal to metalcore. The later addictions in the band were Idro (vocals), who joined right after calling it a day with Infliction (Voice of Life rec.), and Paolo (rythm guitar). Every member had previous musical experience with many other bands. The idea of starting a new band, entwining members’ skills in order to create a fresh, brutal and challenging sound drives MG to compose several bonecrushing tunes and play every possible gig offered. After recording few demos, in January 2004, Morbus Gravis hit the Alpha/ Omega Studio (Cataract, Ancient, Secret Sphere) to record “Mutation Nation” (Strider Records, 2005), their first official 5 tracks effort.

2006 was a year on the road! After joining the Tasting Music rooster, MG began to play all around Switzerald supporting bands such as Fear Factory (USA), Destruction (D), Cataract (CH) and Fall of Serenity (D). The most important confirmation of the band's potential came when, at the begin of summer 2006, MG won the Metal Battle Contest which granted the chance to perform at the wordlwide-known Wacken Open-Air to represent Switzerland.

Growing a solid local fanbase and a unique sound, the band is now ready to spread the Ultimate Metal-Addictive Virus!