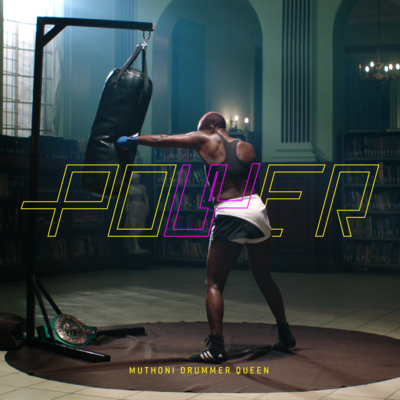 Muthoni Drummer Queen is a collaborative project between Nairobi based
singer/rapper/drummer Muthoni Drummer Queen and Swiss beatmakers Hook and GR!.
Introduced by a mutual friend, Muthoni, Hook and GR! have been working collaboratively
since the summer of 2013, beginning with their self titled album "MDQ" released in December
2014 that featured the hit singles “Nai ni Ya Who” and “This One” which won the best song in
the urban category of the M4Music demo tape clinic in 2014. In 2015, Muthoni Drummer Queen went on their
first summer tour in Switzerland, performing most notably at Paleo Festival. In 2016, the band
started to work on their new project, in between shows in Switzerland and Kenya, while also
releasing the run away hit single “Make It Right”.
In 2017, the crew performed at the Montreux Jazz Festival
Muthoni Drummer Queen is set to release their new project titled « SHE » in autumn 2017.

Registered since about 7 years
Last login on 10 March 2020