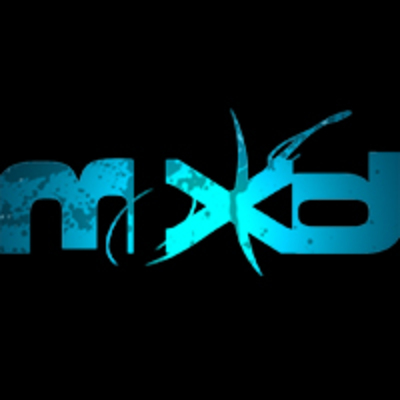 Rock, Vaud – 1998-2009. MXD have been around for over a fuel drenched decade, these four driving wheels from the Bermuda Triangle of French speaking Switzerland... Read Biography

1998-2009. MXD have been around for over a fuel drenched decade, these four driving wheels from the Bermuda Triangle of French speaking Switzerland (Lausanne – Vallorbe – Geneva) have in the space of 4 solid albums, just like an HGV, ploughed up and down the fertile asphalt of the electro-rock imagination in an exploration-filled decade.

Somewhere between cybernetic lucidity, musicogenic clairvoyance, metallic seismology, psylocibic atmospheres and terrorism worthy of a disparate electro-crew, MXD has shaken up 4 plate tectonics, industrial tsunami style, with the release of Electrolab inc in 1998, Doping the Beat in 2000, Musicogenic in 2002 and Frustration is Fuel in 2005.

Armed with a vast number of years of on-stage experience, technical expertise, emulating creativity and the sturdy character of its line up, MXD has equipped themselves with a new logistical team, who should enable the protean squadron to catch a glimpse of serenity and ambition, with the sharpened perspective of a 5th album synthesising the very “inner” substance of their decade of existence.

The Devil is in the Details is the name of MXD’s new album; currently in production, and it promises to showcase the most surprising of electro music, linked with attention to brute effectiveness where rock betrays metal through the promise of emotional infidelity combined with the tribal instinct of the vociferator. And if MXD only constitutes a detail in the sanitised world of modern rock, let us guarantee that it will be the killer detail.

Registered since over 14 years
Last login on 17 February 2014