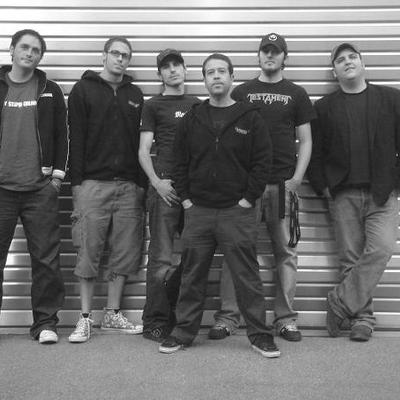 Rock, Ticino – The band was founded in 1996 from an idea of Raphael (guitar) and David (voice) joined by Nicolas and Alex (drums and bass). At that time... Read Biography

The band was founded in 1996 from an idea of Raphael (guitar) and David (voice) joined by Nicolas and Alex (drums and bass). At that time representative of a Californian melodic punk-rock influenced by bands like Good Riddance and Lagwagon, after just a few months of activity the band began to play several gigs in their area. In 1998 MSD finally released the first self-produced full length “Happy to be a punk rocker” that permitted them to play several gigs all around Switzerland and Italy, including supporting well known international acts like Randy and Pennywise. After a long break and some line up changes, MSD finally found the ideal one in 2002 when bassist Vito and guitarist Sacha joined the band. With this line-up the band recorded a 4-tracks promo-CD that showed their evolution into a more melodic punk rock with emo influences. The band finally set their musical direction and wrote all the tracks that would compose the long waited second album “Place trust in your friends”, published in autumn 2003 by the little independent label Honey Records and distributed in Switzerland in late 2004 by the indipendent label Leech*Redda. Owing to several artistic incomprehensions, the guitarist Sacha left the band just after the release of the CD giving space to the young Pablo, a new element that should finally give a bit of steadiness to the band. After the promotianl tour of the album, Pablo decided to leave the band for personal reasons. MSD are actually pre-producing their next album with new guitarist Carlo. The new CD will be recorded beginning 2007 and published later the same year.

Registered since over 13 years
Last login on 8 October 2008