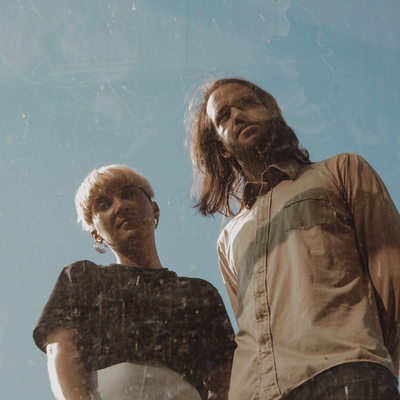 Electronic Pop, Zürich – Namaka is the electro-pop duo formed by Sophie Adam and Philipp Schlotter. Constantly seeking for change and evolution, they are not afraid of... Read Biography

Namaka is the electro-pop duo formed by Sophie Adam and Philipp Schlotter. Constantly seeking for change and evolution, they are not afraid of reinventing themself on each record. Their music is like a body, always in motion, thorn in between analogical and digital, the organic and the mechanical. While their first EP « Apron Ties » celebrated wide fluid spaces and reminded here and there of the Icelandic Singer Björk, their second EP «Water On The Sun », released on Mouthwatering Records in May 2020, shines with a brighter energy and playfulness. Open-minded and lightly euphoric, this EP could take place in between records of Little Dragon or Vök.

Sticking to their beloved format, Namaka will be releasing a new EP on November 26th this autumn. Human and honest, this new one is a personal introspection in the mechanisms of a break up. It reflects the inner struggle of every feeling that comes with it, like a photograph of the universe inside. For this record, the band worked with the Irish producer David Odlum, who helped with the production and mixed the EP. Thoughtfully layered, it flows with this uncontrolled electricity, shaking and soothing at once. For the first time on a record, Namaka featured an electric bass - giving it the role of a second narrative alongside the voice, telling simultaneously the same story, both from their own point of view.

Registered since about 6 years
Last login on 26 November 2021