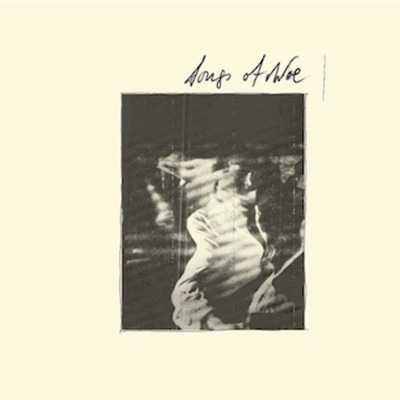 Navel in its 10th year. The fourth band line-up is anchored in guitarist and singer Jari Antti. Line-up changes also mean a new orientation, something which you can clearly hear stylistically through the second guitar and organ. And that’s how it went in July after a furious festival performance (amongst others at Orange Blossom and Montreux Jazz Festivals), in the band-owned ‘1000 Watt’ studio, to record the band’s third album. For the first time, it is a summer album, which suits the songs and clearly shines through. The previous album, ‘Neo Noir’, was clearly a darker, abrasive Blues-Noise-Bastard which was feverishly recorded in winter and mainly at night. The album title ‘Loverboy’ alone suggests love, light and sun; oscillating also optically from black tones to a rather earthy colour palette.

Switzerland is a small country where creativity quickly goes up in smoke and where insanity cannot grow. So no wonder Navel from the start escaped forward travelling to Europe, having international thoughts and happily carried their musical creativity to Austin and New York, where they played the big music festivals. The dust of great American musical history has always wafted out of the cracks of their albums. Also the album ‘Loverboy’ exudes this aura. Blues, Americana; here the remains of Noise Rock and now and then Supermuff is touched on. Bluesy bass lines, the keyboard grooves, sound and songwriting become more transparent and clear, and throughout, Jari plays his part as Master of Ceremony in a charismatic and confident manner.

‘Loverboy’ is surprising, goes in new directions and yet sprays the Navel character scent. It’s still brash and distanced, but more light shines into the deep abyss this time, and hope and warmth spread themselves out. The title song is radio-worthy, catchy and full-on Pop. ‘Hollow Sky’ grooves and rocks. ‘I Bury My Luck In This Town’ could emanate from ‘My Mother´s Hmyn Book’. ‘Shine On’ keeps the album true to the classic Navel style. One album: It demands and gives a lot, when you get into it.

That the band focuses always on independence is known. Do it yourself in its purest form. The mood during the recording was accordingly relaxed, and one had time for oneself, for songs and sounds. Only when the mixing and mastering started did the time pressure and nervousness rise. Appointments and plans were postponed. But when you do everything yourself – songwriting, lyrics, recording, arrangements, mixing, producing, mastering and artwork – it’s your own fault. And you can be proud of it!

New to the band are Marco Näf (bass, vocals), Massimo Tondini (keyboard, guitar), and Martin Huber (drums) who previously helped out with Navel. Also new is the entourage, management and booking – only the label remains the same.

New and somehow unusual is also the artwork. For ‘Loverboy’, a photo by the young American photographer Hilary Hulteen was used. This was an intuitive decision, because with Navel it’s always about feelings and gut decisions - just as with all other artistic decisions that the band makes. It all comes from deep down in the heart. ‘Typical Navel,’ as Jari gladly says. No conscious denial, refusal, ignorance or obstinacy, rather, one wants to merely let the music speak for itself. And it speaks in ‘Loverboy’ once again in its own distinct and haunting language.