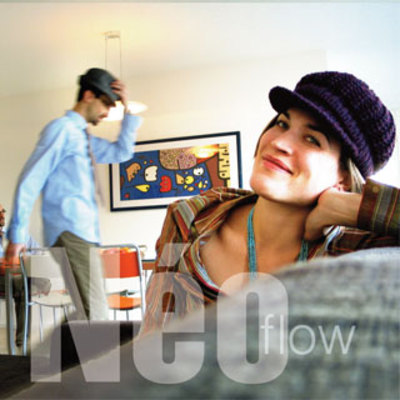 Pop, Zürich – *Background* Diana and Massimo, the two artists behind Flow, received a long and rich musical education in Switzerland and abroad. Both started... Read Biography

Diana and Massimo, the two artists behind Flow, received a long and rich musical education in Switzerland and abroad. Both started their musical studies on a classical basis, opening some years later to modern musical styles as soul, blues and jazz. Styles, these, which all influenced the creation of their arrangements.

Diana Ramette-Schneider, after earning her degree in musicology and musicotherapy, she continued her vocal jazz education at the renowned Michigan State University (USA), before moving to Germany where she now lives and works. Diana sings, plays piano and guitar. She started performing and recording at a tender age, earning prizes for the best interpretation at song festivals, working semi-professionally as lead vocalist and being on stage as an actor or dancer as well. As lead vocalist, lyricist and composer, Flow is an expression of her many talents.

Massimo Ferrari, an engineer with a passion for music since ever, he is a natural-born-creative. He plays piano and some of the many keyboards he owns since he built his first home studio with his music buddies. His career as a producer started in the trance world. He produced and released tracks in Switzerland and Germany, and performed at some of the most renowned Swiss raves. As a composer and arranger he worked among other things for the Swiss national TV and other private channels. Currently he is keen on lounge music, a passion that was reflected in Flow.
Diana and Massimo are both Swiss and Italian and speak a total of 6 languages.