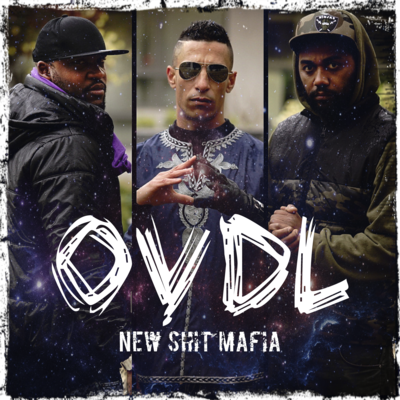 Hip Hop, Neuchâtel – New Shit Mafia, NSM is a swiss hip-hop group from Neuchâtel (Swiss). The group wants to be forward thinking, being inspired by its Eastern and... Read Biography

New Shit Mafia, NSM is a swiss hip-hop group from Neuchâtel (Swiss).
The group wants to be forward thinking, being inspired by its Eastern and African origins and by its Western influences. The collective is pointed out at the end of 2015 after the exit of its 2nd clip « Khatar » which is said to be clip of the month by « Activist.ch », one of the sites of reference urban music in Switzerland.

The group was created in 2014, when luckily the two rappers Chems Eddine and Cyrius Prime met in the town of Neuchâtel (Swiss). One thing lead to another, they wanted to form a group which would help them push back to their individual limits and also associate their forces and their talents to be the spokespersons of the world which surrounds them.

The album, which followed the critical and commercial success is the 1st album they ever made, it was made in January 2016 and it is entitled « NSM », New Shit Mafia performed by Chems Eddine, Cyrius Prime, Lil-K and Arda and of course with their exclusive beatmaker Master Hood. The group dissociates itself by the selected musical style and their variety of flows.

Aktivist.ch declares: « NSM, a crew that gathers several Swiss’s Mc together, offers us a colorful album! 14 titles to be enjoyed with calm! « New Shit Mafia » surfs on the wave of new sonorities in the Rap! A beautiful demonstration of flows and techniques, all Aktivist’s liked the new school and it will undoubtedly shake everybody's head with each track! »

Some following month the exit of their album, Arda leaves the group wishing to dedicate more time to its solo album. Lil-K, as for him, decide to have a break in music without leaving really the group.
In spite of this event, the group continued to work hard and they even released several mixtape and did a few collaborations which earned them a lot of attention in the rap industry.

At the end of 2016, the group adds two new members: Djami Blaek and Khalil. They only took part in some of the latest titles created.

Finally, it’s with three rappers (Chems Eddine, Cyrius Prime and Djami Blaek) that they got back to work in 2017 to produce their new album entitled « O. V. D. L », One Comes By Far. An LP refers to their origins and lives. The objective was to combine control and audacity on musical universes again directed by Master Hood. In the end it results one of the 15 titles, that succeeded and was searched a lot which gave several beautiful surprises.