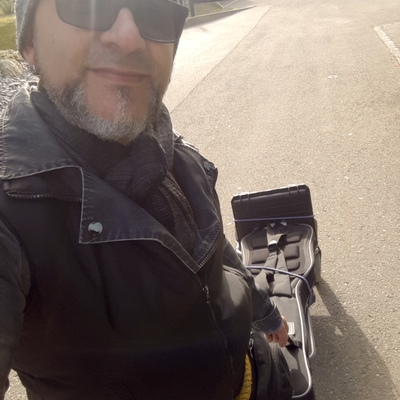 from pop to jazz to m..., Ticino – N I c Angileri - bio_ENG (last update 01-05-21) Polyedric musician and multi-instrumentalist has been involved in many projects between ROCK and... Read Biography

Clinics with John Petrucci and Mike Portnoy (Dream Theater), Gregg Bissonette.
Winner of the Percfest competition 2007 with SuDuoku the drum and bass project made together with Federico Paulovich. (SuDuoku exibith at Euro Bass day 2007 in Verona – ITA)

He appears on the T. DeGruttola and M. Quaini's book “Feeling & Technique” by BMG (2006), playing and arranging the samples, and on the Luca Pasqua’s “Evoluzione” (Carish 2010).

Such as solo artist has released one album called "The Traveller" published June 2012.