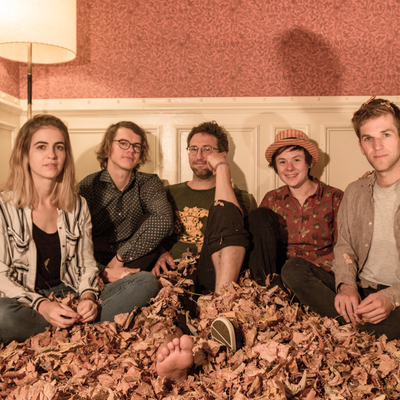 An alienated piano, a distant trombone - nówfragos latest track “Days In Everywhere” emerges with a subdued intro. Everything is still possible. And yet the beat and vocals urge on and the singer asks: What do you want to do with your life? What choices do you have and what do you do with them? Do you decide or do you let life decide for you?

For many years, the Swiss-multi-instrumentalist and songwriter Matthias Gunsch aka nówfrago has been writing and producing enchanting melodies. To evolve them into complex songs nówfrago has been collecting sounds from many regions of the world i.e. a bagpipe-played in Copenhagen, breaking off ice from the Gorner glacier and goats from remote areas of Sardegna. He has lived and worked on his music in the deserted northern part of Norway and in the remotest valleys of the Alps. Due to his former self-doubt in his composition and singing skills, his first two albums never found their way to the public.
How fortunate that he has left his hesitation behind him: With his first release, the astonishing `In Love With The Blackbird` nówfrago opens with a true masterpiece. nówfrago creates songs that sound dark and euphoric at the same time. His playful but very concrete soundscapes are reminiscent of some of the musique concrète output and of contemporary songwriters like Patrick Watson or Beck.
`In Love With The Blackbird` (Zoey Records / Godbrain) is a creative DIY album. It has been produced by nówfrago and recorded at various locations including his humble bedroom and a noisy apartment in the heart of Zurich. Drums, percussion, melodica, keyboards and more have been played by him in this studio. The production costs have been covered by his own finances and contributions from crowdfunders. The cover has been serigraphed with his own hand.
But of course a lot of nice people have been involved in creating this album:
The very busy musician and sound-engineer Slade Templeton (Defunct! / Crying Vessel) who recorded the lead vocals at his well-known influx-Studios, direct to tape and also did the mixing and the mastering of the songs; the pianist, Maja Nydegger (Akku Quintett, Blaer); the (upright) bassplayer, Valentin von Fischer (Hot Club de Berne); as well as trombone player, Julia Rüffert (Rosenzweig Orchestra / Low Brass Experience); violinist and singer Eleonora Stassi; and his "old" dukush-companions Nicole Widmer (Vox on `You Shall Overcome`) and Christian Caspar (guitar on `Milwausea`) all of who have enriched the album with their talent and skills.

nówfrago - BIO
At the age of six years, Matthias Gunsch takes his first drum lessons. By the age of eleven years he founds his first band - a Guns’n’Roses-coverband. He then falls in love with energetic rhythms and plays in different Thrash-, HC- and Crossover-bands, with which he publishes his first demos and performs live several times. Matthias then gets attracted by the microphone and sings (or shouts) the HC-hit `Set it Off` from the Madball-album of the same title. At the same time he teaches himself the piano.
As his teenager-years fade out, his musical horizon widens and he plays in many endless and legendary jam-nights where he indulges in the rhythms of Drum`n`Bass & Breakbeat, of Krautrock and free play.
Most of the time, Matthias takes a more relaxed approach to music. He plays the drums in the Indie-Postrockband forstattnorm and also plays in a Drum’n’Bass-combo. 2002 sets another extension of his musical spectrum; Matthias forms and plays the drums in the Jazz-Rock-formation Delfi. In 2006, under his first artist name kakophon (later graet and chalkh), he starts to write and record his own song material. Due mainly to a lack of confidence in his ability as a singer/songwriter, none of his recorded EPs and CDs are published.
In 2009 Matthias meets the band dukush, with whom he records and publishes the CD `dukush` in 2011 and two years later the CD `mycorrhiza', recorded in Bristol. `Good Knight Frank` from that album is the first published song with his singing. Both albums have been acclaimed by the press and songs like `Phoenix` or `Masquerade` are still played on indie-radio stations. With the end of dukush in early 2014 Matthias Gunsch is finally focusses on his own project called nówfrago and records his debut `In Love With The Blackbird` in the winter 2014/2015 which will be released on january 29th 2016 at Zoey Records / Godbrain. His first release, the `Grandiosa EP` has been released in August 2015 on Zoey Records.

Registered since over 5 years
Last login on 17 October 2019