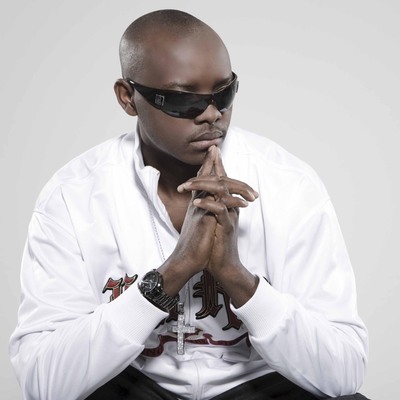 Funk, Zürich – Contemporary R&B artist Oakcee whose debut CD Time EP 2009 brought him to moderate limelight, most of the songs from the EP were aired on various... Read Biography

Contemporary R&B artist Oakcee whose debut CD Time EP 2009 brought him to moderate limelight, most of the songs from the EP were aired on various radios both in Switzerland and UK. Black Music Special presenter Sascha Rossier on Radio DRS3 Switzerland described the singer as Akon of Switzerland when his hit Single « This Girl » debuted on the radio.
Born Okey Collins Anioke and raised in Nigeria in a very staunch Catholic home, Oakcee wanted to be a priest which led him to Sacred Heart Seminary high school at the age of ten, he ended up not becoming a priest but instead discovered his special gift of singing, while practicing gospel songs in the very reputable seminary school choir, this early exposure to gospel songs and later strong Urban R&B influences from the likes of Boyz II Men, Blackstreet, Mariah Carey, Luther Vandross and the legendary Bob Marley inspired an intense passion for singing and songwriting.
Speaking with Ed Smart on the Big Breakfast Show on the 7th of November on RWSfm 103.3 Suffolk (UK), when his much talked about Single „ No More July“ a tribute song to Michael Jackson made its UK radio debut, « it has alsways been the same passion, I thought its something very special if you can express yourself in words,lyrics and melodies and be able to share this with the rest of the world » answering questions on what inspired him to rekindle his passion for music and start writing songs again when he moved to Switzerland after graduating from Higher Institution in Nigeria.
Oakcee collaborated with beat composers from USA and Germany and worked with Swiss sound engineer/producer Matthias Hillebrand to make the EP what it is, he wrote every song on the CD and Singles except for the featured artists, with the EP he became so endearing to his fans because of his special and smooth vocal style pepped up with his melodious voice that simply reflects his exotic background. His Singles „This Girl“ and „Do Tha Thing“ have featured on various mixtapes in USA (Coast to Coast) , UK (Empire States Mixtapes), Switzerland (Doubleedged Mixtapes) to mention but a few. At the swiss gospel contest final 2008, Oakcee was a backup vocalist for San Fransisco born gospel singer Lori Glori, they came third in the competition
Oakcee very recently shot his first music video which will be released very soon and also currently working on shooting his next , as he continues to record songs for his upcoming debut album. Still searching for exposure to make his mark in the world of music, Oakcee believes his time will come at the right time, as he prepares to leave an indelible mark in the sands of times in music world.

Registered since about 11 years
Last login on 16 February 2011