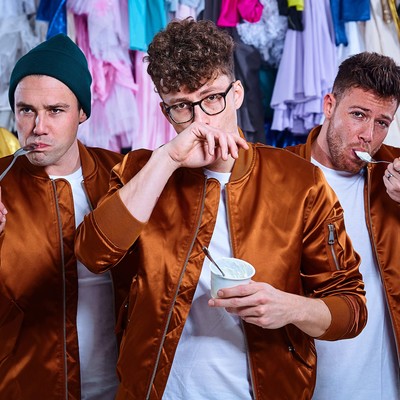 Incredibly refreshing and catchy tunes, attention-grabbing synth-lines and tight drum beats: This is One Lucky Sperm, the Swiss Freak-Pop-band centered around Tizian von Arx. It took the band a good four years of songwriting, sound-sculpting, beat-experimenting and pondering about life itself to come up with their second album CREAM FRESH. The smoke of tortured ukuleles ascending from the studio chimney could be seen for miles. The result makes anyone happy! 11 songs with grooves making your legs itch and melodies attaching themselves to your eardrum in an instant while everything’s sounding - as the title suggests - super fresh.

Their sophomore album CREAM FRESH will be released lucky Friday 13th of April.

Registered since about 10 years
Last login on 23 November 2018