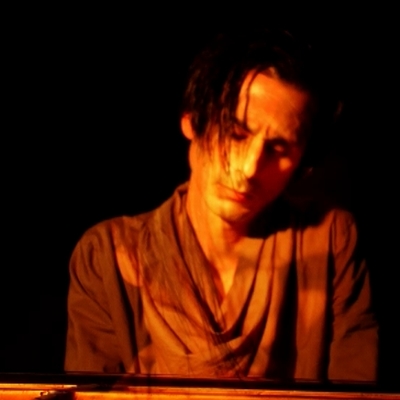 Ozymandias is the pseudonym of the pianist and composer Christophe Terrettaz.

After several years studying classical piano, Terrettaz starts to compose. His first work, "Isolement", is produced in 1996 by the German label "Weisser Herbst".

His second album, "Ahara", is released in 1998 by the cult label "World Serpent".

In 1999, Mark Ellis of Elijah's Mantle and Ozymandias collaborates on "The Soul Of Romanticism'" a spoken-word album based on poems of Shelley, Byron, Keats, Wordsworth and Coleridge. This work exposes the elements of romanticism through the voice of Ellis Mark and the music of Ozymandias.

In September 2001, Ozymandias, through "World Serpent", releases his fifth album "Layla". For this opus, Terrettaz draws inspiration from a number of films from independent cinema, including "Un soir après la guerre" of Rithy Panh, "Okaeri" of Makoto Shinozaki and "Buffalo 66" of Vincent Gallo.

2007 brings yet another opus, "Absolute". This seventh album of Ozymandias is animated by the aspects of the world and its people that Chris admires.

In April 2008, after eight years without concerts, Ozymandias comes back on stage for two concerts in Tokyo. Five months later, a new album inspired by his journeys invites you to discover his love for the Orient. The beauty and strength, depth of feelings as well as human folly is the essence of “Les Rêves Orientaux” (Oriental Dreams).

In February 2009 Terrettaz invited Kelli Ali to Switzerland, to collaborate with him on an album inspired by the short stories of the Gothic horror writer, Mary Shelley, and following several sessions between London and Switzerland, this haunting collection was eventually completed,with Kelli writing and performing the lyrics and vocal arrangements and Chris writing and performing the piano music.
"A Paradise Inhabited by Devils" was released on November 2010.
Two titles of this album are used in the Japanese movie “Keibetsu”.

2012 marks the release of “Antipodes”. Produced without any promotion in order to be in harmony with the theme of the album which means completely against current market trend today.
"Antipodes" is a reflection on the current world where superficial excess and
money take everything in its path.

April 2017 - Three years after the album "Nos Années Troubles" (Our Troubled Years) and after 15 million plus streams on Spotify for the track "I Miss You"- Ozymandias returns with his new album "Dans Mon Monde" (In My World). Composed with influences from both Asia and Europe, the Swiss pianist’s tenth solo album aims to draw you into the world that he experiences!
www.ozymandias.ch