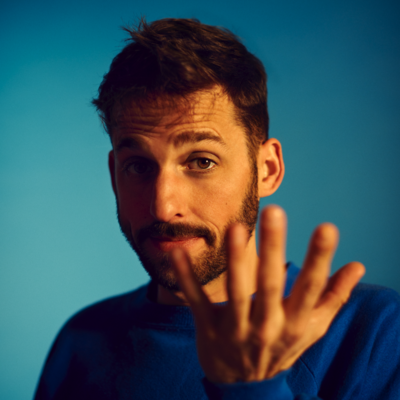 Pop, Zürich – "Pablo Nouvelle brings soul back to the future" - The Guardian Pablo Nouvelle gained international attention first in 2012 with his... Read Biography

"Pablo Nouvelle brings soul back to the future" - The Guardian

Pablo Nouvelle gained international attention first in 2012 with his self-released and self-titled album described as „essential“ by Mixmag, followed by the Ep YOU DON’T UNDERSTAND on UK’s tastemaker label Black Butter. With his first official album ALL I NEED (2016), Nouvelle and his band started touring Europe playing more than 150 shows in 11 countries. One of many highlights was touring South Africa, Mozambique and Swaziland. In 2018, Nouvelle released the follow-up album WIRED featuring UK soul singer Andreya Triana, amongst others.

Pablo Nouvelle's latest release is a collection of piano compositions. „The simplicity of composing pieces using only the piano has something honest to it. I wanted to draw a drastic contrast to this short-living world, drowning in hate and plastic."

Besides being an eclectic artist, home to genres ranging from quiet piano pieces to soulful pop music and dark techno featuring a Syrian war veteran, Pablo Nouvelle is an in-demand remixer and producer who has worked with the likes of Jessie Reyez, Anne-Marie, Bruno Major and Josef Salvat - stepping up for remix duties for Aurora, Gorgon City and Marina & the Diamonds.

"A perfect blend of electronic and soul music, full of emotion, warmth and life." - Complex UK

When Nouvelle isn’t pursuing music, he is an acclaimed animation filmmaker with 3 award-winning short films to his name. 'In A Nutshell’ his latest, was longlisted for an Oscar.

Registered since over 8 years
Last login on 31 March 2020