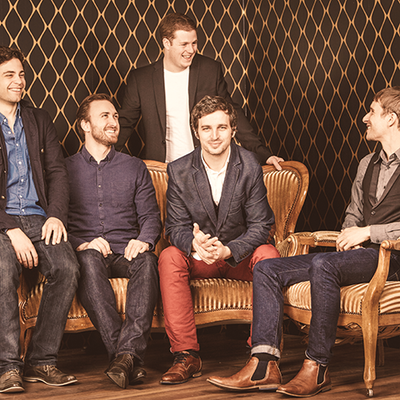 Rock, Bern – COLORIZE - PABLOPOLAR IS BACK! COLORIZE, the third record by PABLOPOLAR, will be published on September 11th 2015. The five Bernese reenter... Read Biography

COLORIZE, the third record by PABLOPOLAR, will be published on September 11th 2015.
The five Bernese reenter our atmosphere from the cosmos and touch down in the music landscape with a colourful bang.

Twelve songs extend the sound of the first two records, combine the rocking attitude of «Any Minute Now» (2011) with the folky melancholy of «Sleepwalker» (2013) and raise the band’s sound into new and uncharted spheres. The sleek instrumentation reduces the songs to their essence: fragile, plaintive melodies with springy hooklines, which caressingly embed singer Manuel Kollbrunner’s brittle baritone. The melodies are catchy as per usual for Pablopolar, owing to Simon Vogt’s distinctive guitar licks and a drum sound stripped down to the essentials.

But still something is completely new: PABLOPOLAR sound optimistic! The songs fizz with energy, the band bouncily grooves, the guitars roar just like in Britpop’s heyday, and the synth-soaked ballads create sizzling suspense.

Never before has PABLOPLAR sounded as direct, fresh and sincere!

Registered since over 12 years
Last login on 18 January 2016