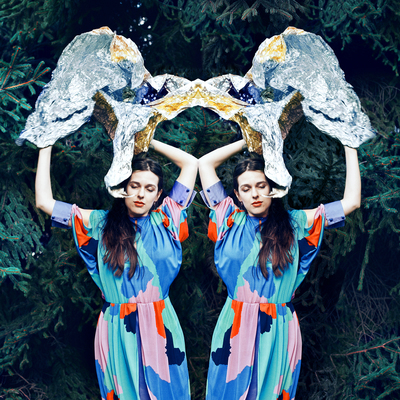 Pop, Bern – New Music Out Autumn 2020! After two records as a singer songwriter, Pamela will debut her electronic project in Autumn 2020. The new... Read Biography

New Music Out Autumn 2020!
After two records as a singer songwriter, Pamela will debut her electronic project in Autumn 2020.
The new songs are only online for the Demotape Clinic of M4Music and will after be removed until the official release!

Album Time:
Singer and songwriter Pamela Méndez values independence. She taught herself to play the guitar, and also to produce music and to cut videos. Therefore, publishing her music on her own is self-evident. End of February 2019 her second album "Time" will be released on the record label "P-Love Records" founded by Pamela Méndez herself. For her release she found press partners in Germany and France where the album will also be promoted.
"Time" is the title-giving first single of the album and it is one thing above all: A declaration of love to life in all its hardness and beauty. But Pamela's DIY spirit was not created overnight. It is the result of a personal debate on her role as an artist in society. Pamela knew how to profit from the manifold experiences from the most different breadwinning jobs, which she had to pursue over the years beside her actual occupation, the music. It's the autodidactic training through life, which after some failed relationships with record companies made her dare to dive alone into the music business. In her music you can clearly hear the courage to go her own way.
She has succeeded in doing a multi-levelled work. In times of self-optimization, algorithms and big data, Pamela celebrates the uncontrollable and incomprehensible happenings of life. The partly ragged breaks in the arrangements instigate Pamela's very personal and fragmentary texts. Accompanied by Nicolas Stocker's pulsating drumming, the amazing nuances of Luzius Schuler's formative synthesizer sounds and Adrien Guernes hypnotic groove, Pamela's impressively mature voice can shine and carry the optimism of her songs in heart and hips.

Quotes in English
Ane Hebeisen, Der Bund: "artfully devoured, full of clever ideas, never chumming up but still aiming straight into the heart".
Neil Werndli, 20 Min: "... lugubrious without losing the pop appeal. Grosses Schweizer Kino."
ready while she is searching for Marina Bolzli in the ‘Berner Zeitung’: "The songs have depth meanings and develop a suction that you can hardly escape."
Mirko Schwab in the cultural blog ‘Der Bund’: "An artist, who can transport messages while beeing on the search for answers. And then even pour all of this into a sublime classy pop form with a strong band on her back. We bow our heads."

Frank, Licensing specialist USA on „ I Will Die“: ”It’s a cool song but „I will Die“ is a very narrow message not many advertisers use... too dark and depressing and it doesn’t usually sell a product.“

Registered since over 11 years
Last login on 19 January 2020