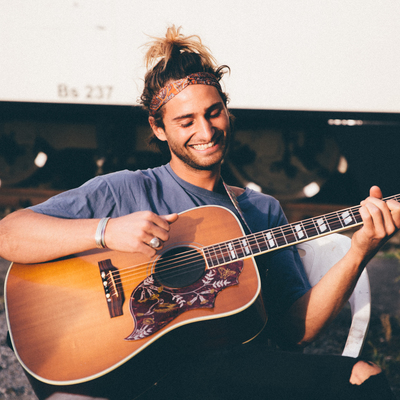 Singer-songwriter , Vaud – Pat Burgener is an Olympic snowboarder and singer-songwriter.    As fate spares no man and like many top-level athletes Pat got injured. After a... Read Biography

Pat Burgener is an Olympic snowboarder and singer-songwriter.

As fate spares no man and like many top-level athletes Pat got injured. After a snowboarding injury in 2014, Pat used the time off the snow to work on his second passion: music. He teamed up with his brother, Max aka Oddbox, a guitarist & music producer based in London, to create his band.

Inspired by world-class artists like Ben Howard, Matt Corby & Fleetwood Mac, he started writing his own songs based on his life and traveling experiences.

His first singles met a great success and allowed him to play at world-class venues like the Montreux Jazz Festival in 2016.

Helping Pat to find his balance, music gave him wings to reach new heights in his snowboarding career, even realizing his dream to represent Switzerland at the 2018 Olympics in PyeongChang where he finished at an amazing 5th place.

After 4 EPs that totalled more than 10 million streams on Spotify, Pat is currently working on his debut album whose release is planned by the end of the year. With those upcoming singer-songwriter compositions Pat wants to spread sunny and bright vibe into the world. Pat explains : "I really wanted to write some music that would bring smiles to people’s faces and make them wanna dance. It became crucial during those uncertain times to stay positive and happy, and I know that music could play a big part in it."