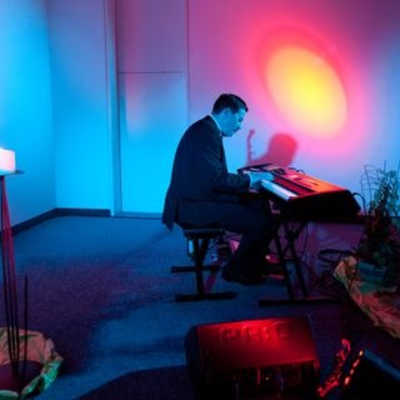 Ambient, Aargau – Paul was born and raised in central Switzerland. Even as a boy he discovered music as his passion. The piano became his favourite instrument.... Read Biography

Paul was born and raised in central Switzerland. Even as a boy he discovered music as his passion. The piano became his favourite instrument. Initially, he played both "his" instrument, as well as keyboards in a band. However, he soon resolved to go it alone.
In 1983 he recorded his first single, "Far Away". This opened the way to his musical future. Following two melodic rock albums with the "Skyway" Band, he brought this chapter to a definitive close and began producing songs for films and meditation as a solo artist.
"Downstream" (recorded in 1989) "an exceptionally beautiful and unparalleled album" of "just" piano music without other instruments evoked emotions in the listener in a way that had never been achieved before. Two instrumental albums with relaxation and meditation music were to follow.
In 1994 came his first great success with his fourth album, "Lanzarote". The album took its name from the Canarian Island with more than 100 volcanoes. It is an extraordinary album, which Paul recorded together with a number of Swiss musicians. The booklet contains photographs of the island. Michel Richter wrote a poem to accompany each song. The album almost went gold in Switzerland, and was very well received on the Island itself and in Germany. The Canarian residents themselves are very proud of it.
Two years later his seventh album "Mystic Islands" finally brought him the success he deserved. Passionate and moving songs and melodies grip the hearts of listeners. Paul travelled the Canarian and Spanish islands, once again capturing the unique atmosphere in beautiful images, which were put together to form the album's booklet. Michel Richter wrote accompanying lyrics in both the English and German languages. The album sold more than 50,000 copies. In 1998 the album went gold in Spain and only narrowly missed out on going platinum.
In 1997 followed "Islas", in 1999 "Blue Vision" and in 2001 "Lanzarote Dreams & Meditation Vol. 1", three albums of meditative, instrumental music. In 2005 Paul composed "River Of Dreams". This his eleventh album leads you back to the roots of his exceptionally beautiful and passionate music for piano only, as found in "Downstream" 16 years previously. The simplicity of just a single instrument, a grand piano, is very moving.
The booklet was again produced in collaboration with lyricist Michel, whose poetry describes Paul's music and feelings with apt words. Paul Brandenberg had the courage to record a piano album, without other instruments, for the second time and this in a world of electronic, computerized music.
All songs, with the exception of one, are his own compositions (as is the case with the majority of his pieces throughout the years), genuine and pure, straight from his heart and soul. Paul?s sounds prepare the way to unknown images and distant landscapes in the soul of each listener. He opens up new dimensions anywhere an audience hears him play.
In 2006 Paul Brandenberg composed his twelfth CD with the title "FLOW". Flow represents the feeling of emerging yourself completely into something, relaxing and, at the same time, to forget yourself and the world around you. The melodies, beautiful and full of emotion, move and allow one to dream. Paul produced this harmonious, flowing synthesizer album in his own studio. Once again, Michel Richter left his mark on the booklet with sensitive English lyrics.
"Time" is the title of Paul Brandenberg's 13th CD, which he composed and arranged in 2007. It is a moving album, which wonderfully mirrors the traces of time. The harmonious arrangements allow you to linger and pause in the present. Moving lyrics in English by Michel Richter accompany the harmonious journey through time.
In Autumn 2011 the first "Best of" Paul Brandenberg CD will be brought to the market.

Registered since over 6 years
Last login on 3 January 2020