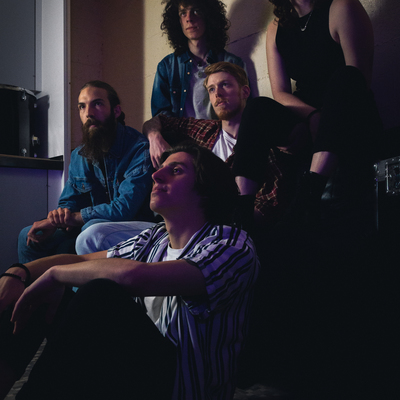 Modern Rock / Blues-Rock, Vaud – If there is one word that shapes and defines Peacebone’s sound, it’s experimentation. Since its inception, the Vevey-based modern blues rock band... Read Biography

If there is one word that shapes and defines Peacebone’s sound, it’s experimentation. Since its inception, the Vevey-based modern blues rock band have created a sound of their own, that vacillates from sombre, reverb-soaked ballads to punchy, rhythmic tracks. Dynamic guitar riffs wind their way beneath Rebekah Atkinson’s powerful, chocolatey-smooth vocals, poured into captivating melodies that leave heart and soul aching for more.

Driven by their passion for creating music, the band’s calendar is packed full of upcoming releases, including six new singles and an album.

In 2021, Peacebone released their first album “Metanoïa,” recorded at “Big Snuff Studios” in Berline by Richard Behrens (producer of Kadavar), and produced by Robin Girod (Bandit Voyage). Having shared a stage with the likes of Onlap, Peacebone have performed at popular clubs such as the Rocking Chair and at the Montreux Jazz Festival.
They are passionately working on six new singles that will be followed by an album shortly. Their calendar is packed full of new releases on the way.

Among their accomplishments, Peacebone has shared a stage with French band "Onlap" at the Rocking Chair and has played at the Montreux Jazz festival at "Music in the park". They also released their first album "Metanoïa", recorded in Berlin.

Registered since about 4 years
Last login on 4 December 2022