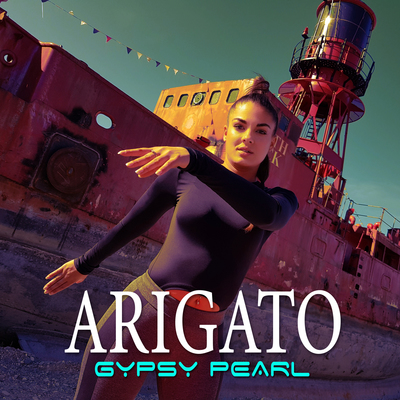 Pop, Basel-Stadt – Ancuta "Gypsy Pearl" Ruetimann was born in Romania in 1987 and grew up in Switzerland. Already in her childhood, she discovered the music for... Read Biography

Ancuta "Gypsy Pearl" Ruetimann was born in Romania in 1987 and grew up in Switzerland. Already in her childhood, she discovered the music for herself, learned to play the violin at the Basel Music Academy and was a member of several ensembles. As a teenager, she had first contacts with the hip hop scene and was par- ticularly impressed by the rap beats. At that time, she began to produce her own instrumentals and to com- bine classical elements with urban grooves.
In 2008, she met DJ Tron (P-27) who became her mentor and producer, till 2018.
In 2011 her first longplayer "PearlBeatz - The Album" was released. On her debut, Gypsy Pearl brought to- gether numerous guest singers and rappers from Switzerland and America.
In 2013, Gypsy Pearl hosted the inaugural beat for Black Tiger's One City, One Song project, and was fea- tured on the hit "Ich Kumm Zrugg" on Pyro's album "Schatteboxe".
In 2013 she released the album "Airplane to Paradise" with the singer / rapper Quenn.
In 2015, the CD of the female collective Vybezbilder "Heels on fire" was released, in which Gypsy Pearl was the leading rapper as well as responsible for the beats.
From 2011-2017 Gypsy Pearl had more than 50 appearances at open-air festivals, hip-hop jams and clubs. She also gained experience in various interviews, video clips and photo shoots.
In 2018, Gypsy Pearl released her first solo EP "Ghosttown" (BurningSole Records), which also marked her de- but as a vocalist. On the disc produced by DJ Tron she presents an unconventional mix of rap, reggae and pop. The song "Rodeo" wins the first prize at the Basel song contest "DemoClinic".
Gypsy Pearl gives you a heavy load of hip hop and pop underline with a sexy groove and her extraordinary female way of performing.

Registered since about 6 years
Last login on 15 March 2020