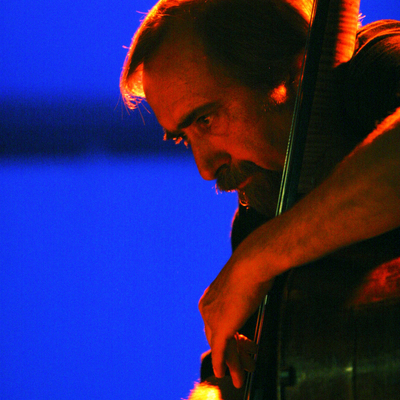 Bebop, Geneva – PAVEL PESTA BIOGRAPHY As a teenager, Pavel gets a bass-guitar and starts playing in "Underground" rock groups of the style of the still famous... Read Biography

PAVEL PESTA BIOGRAPHY
As a teenager, Pavel gets a bass-guitar and starts playing in "Underground" rock groups of the style of the still famous "Plastic People".
He is elected 5th best bass-player in Czechoslovakia.

In 1968, it is the end of "Prague's Spring". A this point, he leaves his country and moves to Geneva where he rapidly become active in local jazz-rock groups and later jazz bands.
Between 1970 and 1972, he goes on tour with the famous musical "Hair" in Germany.

In 1978, he obtains a Degree in Arranging and Composing from the Berklee School of Music, in Boston.
He then joins the jazz groups " TRAVELERS " with Christine Schaller and records "Real Life" featuring one of his compositions "Ventura".
After that, he meets with Paulo Bellinati, Brazilian guitarist, composer and arranger from Sao Paulo and collaborates with him for many years. He starts playing the double bass.

From then on, considered as a renowned and polyfacetic musician, he participates in numerous recordings for Television, as well as with the Groups Instrumental Romand (Geneva Radio Orchestra), performs in plays, operettas, musicals and accompanies many local musicians as well as famous international artistes on tour.

He frequently performed at the "New Morning" Club in Geneva when the Club was at its peak years and where top jazz names were programmed. Together with two differents groups – Christine Schaller and Paulo Bellinati – he played for the live recording at the New Morning.

In 1980, he forms part of the Michel Bastet Trio with drummer Raul Esmerode, playing mostly the music of Bill Evans as well as original compositions.

In 1986, , he records "Geranium" with the pianist Jean-Yves Poupin, featuring some of his own compositions.
He plays the Jazz and Be-Bop standards with Paul Thommen's bands.

In 1988, he records the cd "L'Etat des Sons" with the saxophonist Maurice Magnoni, a record that obtains a special mention in the specialized magazine "Jazz Hot".

When the Eastern frontiers of Europe open again in 1990 he is invited at the "Come Back" Concert in Prague where 5000 enthusiastic spectators assisted. The events was immortalized with a live cd as well as a TV program.

In October 1991, he was fortunate to play in jam session with Wynton Marsalis and his musicians at the Reduta Club in Prague.


He plays the double bass in the Tzigane Cabaret, part of the succesful play "Raspoutine" at the Theatre de Carouge, Geneva, in 1992.

In 1994, he takes part of the tour with the quartet of the saxophonist Serge Zaugg in Prague. The concerts given at the Reduta and Agharta Clubs were a total success.

In the summer of 1995, he tours Russia with Phil Helfer Trio. They particularly impressed the audience in St-Petersburg.

In October 1996, he records 11 of this original compositions on his cd " Some places " where he counts with the participation of the American drummer of international fame, Sangoma Everett.

In 2004 he joins and records a cd with the "Jazz Up quartet", featuring the new yorker drummer Tox Drohar, side men with many big bands in the past, Lee konitz , Tal Farlow and others.

In november 2005 with the re bop quintet and 2 vocalists he records 11 of his compositions on the cd "Easy Time".


On November, 2006, the Pavel Pesta RE-BOP Quintet performed live at "Jazz at Prague Castle" Czech Republic. These concerts have been organized and supported by Vaclav Klaus, the President of the Czech Republic. The Re-bop Quintet played in front of more than 500 enthusiastic jazz lovers including President Klaus, the Swiss Ambassador to the Czech Republic, and many other diplomatic and Czech Republic officials.
The Band rose to the occasion with a great performance that was received with a tremendous ovation at the end. The Czech National Radio recorded the entire show live.

In May 2007, he learned that he had a very serious cancer. He underwent a lengthy surgery, followed by chemotherapy. Although he was greatly weakened, he played another three concerts in Geneva in October.

On 17 November, the disease took him, leaving all of his friends, musicians and other jazz lovers, in great distress.