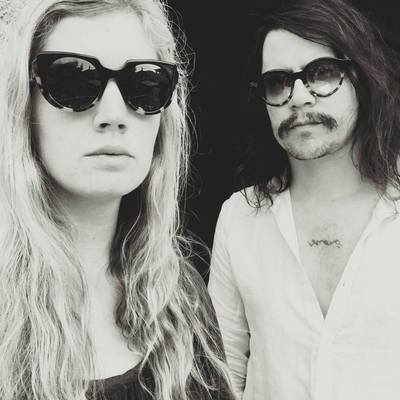 Rock, Ticino – Peter Kernel is a Swiss post-pop duo formed by Aris Bassetti and Barbara Lehnhoff . Inspired by their love story they are working together and... Read Biography

Peter Kernel is a Swiss post-pop duo formed by Aris Bassetti and Barbara Lehnhoff . Inspired by their love story they are working together and releasing their own music since 2005.
Peter Kernel was founded when Barbara asked Aris to write the music for her experimental musical Like A Giant In A Towel (Locar- no International Film Festival 2006).
In 2008 PK released their rst album How To Perform A Funeral followed by e Ticket Ep on 10’’ vinyl in 2009, both for their own label On the Camper Records.
ey were spotted by Spencer Krug from the Canadian band Wolf Parade (Sub Pop) and invited them to open for their European tour in September 2010.
On February 2011 the experimental soundtrack Il Pomeriggio Non Si Sa Mai Bene Cosa Fare was released, followed by the experimen- tal short lm Man & Nature (On e Camper Records).
On October 3rd 2011 PK released White Death & Black Heart for On e Camper Records in collaboration with French label Afri- cantape. e album received a huge and warm welcoming across Europe and America, launching Aris and Barbara straight into the heart of the European musical scene.
A er a few years on the road intensely touring, on January 19th 2015 they released their latest album rill Addict for their own
label On the Camper Records. Medias, radios and fans responded to with a huge amount of love. e album release show in Paris was soldout and a er only a few months since its release rill Addict is already being reprinted.
In the past years Peter Kernel have played over 500 concerts across Europe and Canada. eir music is fully empty and simply compli- cated. It’s pop, it’s rock, it’s experimental and this is why they were called to play in many di erent situations like Montreux Jazz Festi- val, the fashion week in Milan, swimming pools, heavy noise fes- tivals, museums and concert halls like the HMV Forum in London or the Soundlabs Festival in a stadium in Italy.
In a very natural way Aris and Barbara express themselves through sounds and songs; sometimes they can be very sweet and other times they can be very intense and noisy. eir sense of melody has been recognised many times throughout the years from a variety of journalists.
In 2016 they scored the music of Il Nido, a lm by the Swiss Peruvi- an lm director Klaudia Reynicke. e lm was world premièred at Locarno International Film Festival 2016. e same year they were nominated amongst the most important musicians of Switzerland for the Swiss Music Grand Prix.
In 2017 they started an orchestral version of the band called Peter Kernel & Their Wicked Orchestra, rearranging their songs for piano, harp, cello, harmonium and viola. In April they released an EP of this project. In March 2018 they will release their 4th Album.

Registered since over 15 years
Last login on 15 November 2021

On The Camper Records