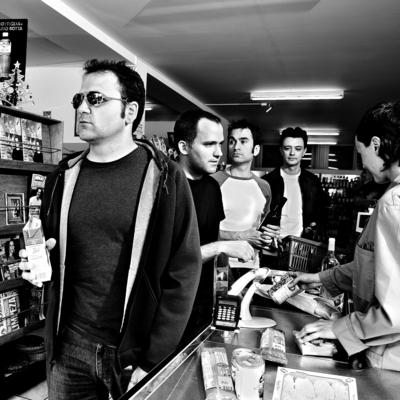 Rock, Geneva – We are quite aware that it sounds like the classical band story, but ours is true. Peters started when four lads decided to form a band to avoid... Read Biography

We are quite aware that it sounds like the classical band story, but ours is true. Peters started when four lads decided to form a band to avoid being dead bored at school. It was a bit like at three everyone grabs an instrument and rock! Kind of funny considering that none of us knew how to play. But who needs that to play indie tunes anyway? Three months later, we were on stage for our first gig and, ever since that night, it has been quite hard to loose this addiction to sweat, pleasure and final satisfaction (hey, don’t get confused! We are still talking about performing music on stage). We have done numerous gigs in clubs and festivals, in Switzerland and abroad, for one person (yes, indeed) or for a few thousands and issued, as of today, one EP and two albums.

Lately, we decided to go back to the studio and came out with four songs produced by Daniel Presley (The Breeders, Cali, Black Rebel Motorcycle Club, Dionysos...) and which will be released in Switzerland and Lichtenstein on November 13, 2006. The EP is called “Be your own dog”.

Having a band and being on the road is cool, you should try too. It has led us to discover places we would never have known and share the stage with bands such as Suede (UK), Ghinzu (Belgium), Dover (Spain), Poni Hoax (France), Liquido (Germany), The Godfathers (UK), Shed Seven (UK), A.S.Dragon (France), Lovebugs (CH), The Sheer (NL) and many others.

Registered since over 14 years
Last login on 7 April 2009