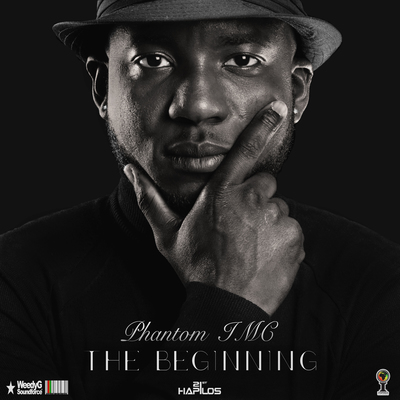 Biography Anil “Phantom” Montaque
Born "Anil Ricardo Montaque" in Montego Bay, Jamaica, this selector, producer, sing jay and song writer combines every talent of his favourite art, music, in one person. His professional musical career began at the age of 22, when he moved to Zurich Switzerland and founded his sound system “Black Phantom Sound”. He got known quickly for his unique way to get people hot and dancing. Not at last because of his intoxicating vibes. Within just two years he was invited to play the “Zurich Clash 2006” and he won the clash, even though considered to be the underdog.
He further developed his musical career in 2008, when he started producing and founded the record label “Inspired Music Concepts” together with Swiss artiste Cali P. The first official project Anil worked on was a movie soundtrack called “Like A Lion”, a documentary about Tanner Hall, successful Free Skier and seven times winner of the X-Games. The soundtrack featured the likes of Fantan Mojah, Munga, Charly B, Cali P and Di Govanah. The album won best Free Ski movie soundtrack in 2010. Apart from that he released singles for other well-known Swiss artistes like Swiss rapper Stress and Biel-based reggae artiste Cookie The Herbalist and many of the European-based African artistes such as Faya Soldia or Rebellion the Recaller.
Feeling confident, to dive deeper in the Reggae music industry, Anil moved back to Jamaica in 2010 and built up Inspired Music Concepts studio in Kingston. There he worked with many renowned artistes, such as Lutan Fyah, Warrior King, Twin of Twins, Tommy Lee Sparta, Rickey Teetz, Masicka, Chilando, Ryme Minister, Iyara, Stacious, Joey Brooks, Teflon, Jessie James, Damas and many more... After gaining so much musical experience Anil decided to take vocal lessons and started to write and perform his own songs. He eventually moved back to Switzerland, to rebuild his European links strengthened from the experience he gained in Jamaica.
Back in Switzerland he linked up with his long-time friend Weedy G, to produce his first single “Ring Di Alarm”. The song has received over 30’000 plays on soundcloud in less than two months. And plenty of dub request due to the nature of the song. He has reopened a studio in Zürich, Switzerland where he is currently working on new songs. Of course he will continue to work as a producer for other artistes. So stay on the lookout for lots more music from IMC!

Registered since about 7 years
Last login on 2 January 2016