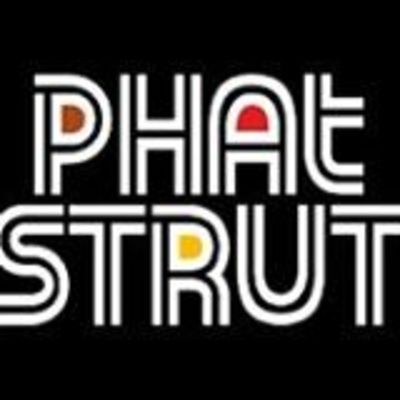 Funk, Vaud – Drummer Thierry Choinard met with bass player Laurent Schaffter in Los Angeles, in 1995, which led them to play as a combo in different Soul Funk... Read Biography

Drummer Thierry Choinard met with bass player Laurent Schaffter in Los Angeles, in 1995, which led them to play as a combo in different Soul Funk and R&B projects.
Bertrand Gallaz joined the combo in 1998 in Switzerland to found their first project, Fool Groove, focused on playing The Meters’ repertoire, in local festivals and venues.
Bertrand was already an established and recognized guitar player of the local scene - and to some extend international scene - especially in Jazz and Funk. He had already several CDs out featuring well-known artists such as Jean-Paul Bourelly or Ronald Shannon Jackson (Decoding Society, Cecil Taylor, Ornette Coleman, Albert Ayler).

The guys knew they wanted to add some great soulful and funky lead vocals at some points.
Since 2008, PHAT STRUT has been collaborating with several gifted soulful artists such as LZ LOVE from the USA or from Switzerland, lead vocalists who always had soulful captivating voices and strong energy.

Tiza Brown joined PHAT STRUT early 2020 as lead singer. Tiza is an American singer, reputed for having frequented some of the best musical scenes in Switzerland and the neighboring countries during her years in Europe. From Jazz to Gospel, Soul and Funk, Tiza has a warm and powerful voice. She has performed with Phil Collins, Phil Perry or saxophonist Gerald Albright and assured opening act for artists such as James Brown, Maceo Parker, Candy Dulfer, Erykah Badu.

PHAT STRUT has released 4 CDs, including one recorded live in Austin, TX. Several singles and the latest CD
« Funky Confessions » are available on all main digital platforms for download or streaming.

All studio recordings were recorded live, meaning all instruments were recorded together at the same time with no over-dubs or re-recording what so ever. Each track is a lively authentic capture of the band moment, in the same way The Meters recorded their music. All organic and live.

Since PHAT STRUT started, the band had the great honor to receive appreciation from people everywhere it performed as well as from some established and legend Funk or Jazz artists such as Pee Wee Ellis, Leo Nocentelli (The Meters). and Shane Theriot.

We look forward to playing our music for more and more people and provide a great time to everyone.

Registered since over 9 years
Last login on 21 January 2021