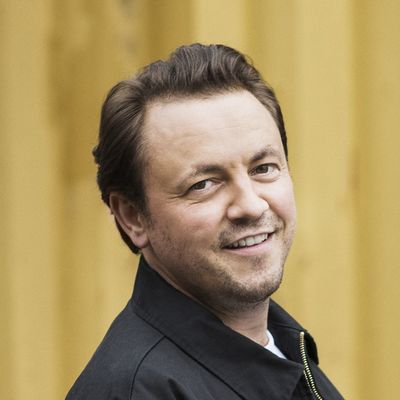 Phenomden released his first single ‘Cha nüt defür’ in 2003 on the Zurich reggae label One Ton by former Ganglords bassist Philipp Schnyder, with whom he still works today. The debut album ‘Fang ah’ surprised Switzerland in 2005 with songs like ‘Wiedike’ and ‘Nume drum’. His music also found favour in Austria and Germany, where he performed over 40 concerts in 2007.
In the same year he released the album ‘Style-Generator’ under the pseudonym ‘Phenom-Melody’ - a tribute to the dancehall reggae of the 80s. In 2008, the album ‘Gangdalang’ followed, which stayed 43 weeks in the Top 100 of the Swiss Charts and reached gold. The following year Phenomden was awarded the city of Zurich, making possible a sabbatical year. In 2011 the album ‘Eiland’ followed, produced by the Basel band The Scrucialists, who have also accompanied him at his concerts since the first album.
After a few visits to Jamaica, Phenomden lived permanently in Kingston from 2013 to 2018, where he produced the ‘Motivation Riddim’ (2015), an EP featuring Jamaican artists, and released reggae songs like ‘Nah Give up’ and ‘Turn Back Time’ in English.
Back in Zurich, Phenomden worked intensively on the album ‘Streunendi Hünd’ and the single "10 Sache’, which he produced to a large extent himself.
The strengths of this versatile musician include personal, often witty reflections on everyday life, catchy songwriting and original storytelling. Finally, Phenomden is famous for unforgettable, equally likeable and energetic live concerts. – one ton, 2021

Registered since over 1 year
Last login on 1 June 2022