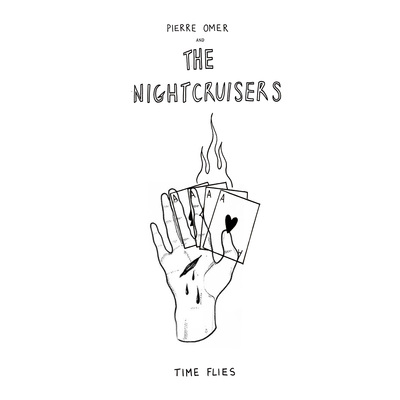 For the first time Pierre Omer has been working with a whole band : The Stewarts Garages
Conspiracy Crew (incl. members of Imperial Tiger Orchestra, Grey Mole and The Shit). The
new album was recorded at Space Eko-studio in London (Martina Topley Bird, Son of Dave).
Omer leaves the dark shores of Folk-Noir and opens clearly new musical horizons. The first
single "The End of the World" breathes the spirit of The Clash, „International Man of
Mystery“ is a fresh swing tune, carried by sharp guitars and banjos. The stunningly beautiful
walz „At Night the Sea is Ours“ sees Omer play the accordion for the first time in a while –
not to forget a very convincing version of country legend Hank Wiliams’ „Rambling Man“.
The musical universe of this London-born songwriter unfolds perfectly in this inspiring
environment together with his new band.

Pierre Omer was born in London in 1912.
His first job as a musician was with a cabaret show, Le "Cabaret d'Avant Guerre" in Geneva.

He is a founder member of the funeral band the "Dead Brothers" with whom he released four albums on Reverend Beatman's VoodooRhythm Records.
After ten years of extensive touring the band split up and Pierre Omer started a solo project.

His musique is a unique blend of blues folk noir jive and country involving a warm voice, wise guitars and wild drums played by Julien Israelian or Santiago Rapallo.

As a composer Pierre Omer has worked for many theater productions and films around Switzerland Germany and Spain.