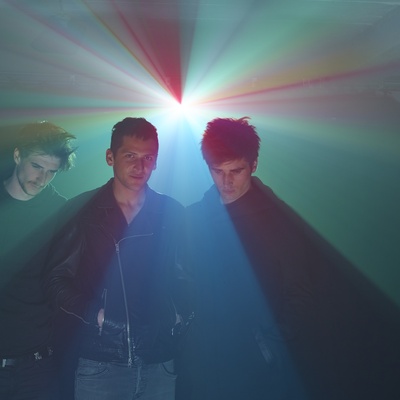 Now, PLASMA – Manuel Jacomet, Carlo Lardi and Mauro Büchler – are about to release their debut album «Replay Terror», featuring razor-sharp guitars, falsetto vocals, arpeggiated synthesizers and powerful drums. «Attracted», the epic first single from «Replay Terror», has an explosive atmosphere of naked beauty and pure drama. The highly dramatic music video takes place on a fictional planet where lead singer Carlo Lardi is running from a dark mass that threatens but equally stimulates him. PLASMA’s newest single «Burning Like The Sun», in contrast, is the soundtrack to waking up and getting started. With its synth hook, this catchy song has all the makings of a hit! Content-wise, the album moves between different forces – between the poles of rise and fall, of love, life and death. In 11 impressive songs, PLASMA’s debut album showcases the band’s broad range of styles and influences. While a majority of the songs create a melodic symbiosis of powerful rock and glowing electronic sounds, «Replay Terror» also includes a few exotic tracks.