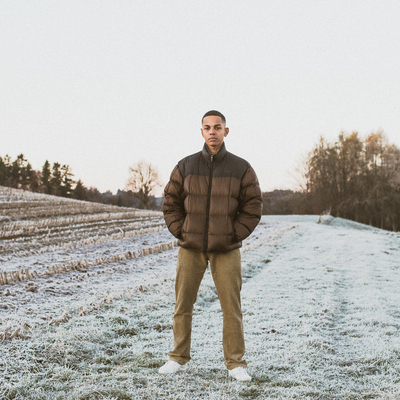 Mix zwischen Hip-Hop ..., Bern – PLO is an artist with roots in Switzerland and a strong connection to London. The genre of PLO's music could be described as a mix between ... Read Biography

PLO is an artist with roots in Switzerland and a strong connection to London.
The genre of PLO's music could be described as a mix between Hip-Hop/ Rap and RnB. PLO listens to a wide area of different genres and artists like Kendrick Lamar, Brent Faiyaz, Wizkid and many more. He's steady trying to discover different sounds and integrate them in his own music.
PLO released his first song Into You in September 2020. It's a love song dedicated to a special girl in his life.Artist based in Switzerland and London.
He would describe his own music genre as a mix between Hip-Hop/Rap and RnB.

PLO released his first song Into You in September 2020 which tells a love story.
On the 11th of December PLO released his second single Some Things.
This song shows two dimensions: the first part tells the story of a girl who got hurt in her relationship but won’t break up. The moral of this part is that you should aim for the best and not let a toxic person drag you down. The second part is dedicated to a real special woman in my life who he never wants to let go of. The contrast between sad and happy gives an overall experience of what a relationship can feel like.
PLO released his third song with the title Unconditionally on the 5th of March. It sheds light on the conflict of balancing your time with friends (the gang) and your girlfriend and is based on my own experiences. Genrewise the song is moving towards the trap genre.

PLO released his fourth single with the title Time Away on the 30th of April. It's his most intimate song as of now and should motivate other people to follow their heart and their passion and let other people tell them what to do.
PLO dreams of making himself a name around the globe and living off music.