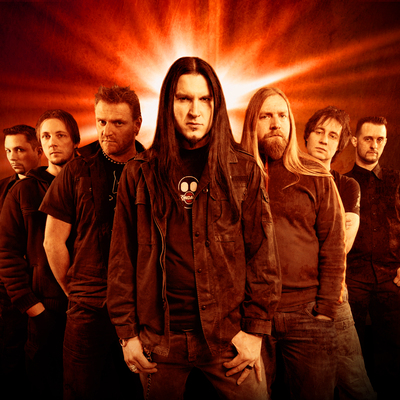 With such an impressive progression P.M.T will definitely be one of the most talked about Swiss band of the year!

The new record “TOPPING FROM BELOW” has been produced by Dom Favez and engineered by PX. Seduced by the demos sent to him, mega-producer Jay Baumgardner (Evanescence, KoRn, Papa Roach, Seether, Spineshank...) did accept to mix the Swiss outfit in his North Hollywood's based NRG Recording Studios! The mastering has been made by another master in his field: Ted Jensen the boss of the Sterling Sound in New-York!

“TOPPING FROM BELOW” invades P.M.T’s homeland on the 19th of May 2006, proudly carrying the flag of Camouflage Records, and under licence to Muve Recordings.

P.M.T is ready to defend its three-letters banner everywhere, where the sound talks nonsense and take its sense...

After only four months, P.M.T hit the stage for the first time...

Live and fully alive, P.M.T reveals itself as one of the most wild & energetic live act from Switzerland !

1999:
Marks the beginning of the sampling experimentations and the recording of the demo «Soundwich Booms ! Preview» (4 Tracks) which allows the band to get noticed by an internationally well known producer Phil Chambin (Watcha, The Semitones). Their collaboration will give birth to the first P.M.T album «Soundwich Boom !» (12 Tracks, released early 2001).

P.M.T wins the Ministry Of Rock selection (ex Out In The Green in Frauenfeld) and take part in this big event which features amongst others: Rammstein, Soulfly, The Cure, Bush, A etc…

The legendary Jeans label, Levis, chose the song «Candycoat» from the album «Soundwich Boom!» to feature on its compilation «A Drop Of Swiss Sound» (September 2002)

P.M.T reach the second rank of the «Breakthru Contest» at the Volkshaus in Zürich in January 2003, organised by Universal Music Switzerland and the Abart Club.

Fall 2003
P.M.T got one of the opening slot on the CLAWFINGER’S European tour and release a brand new EP «4play 2play» produced by JASON SLATER and mastered by BRIAN GARDNER.

It features five brand new tracks, including three exclusive songs that will appear only on this EP, with a cover of the Prodigy song’s «Breathe”, «Compost» (Original and Remixed by Jason Slater), «Lovely Pain» (a twin peaksy love song!) and «The Smell of God» from the forthcoming album.

«ACUPUNCTURE FOR THE SOUL» is released by Camouflage Records and distributed in Switzerland through Irascible Distribution.

P.M.T goes back on the road in April for a 10 dates tour in Belgium and France supporting the Swedish pioneers Clawfinger, as well as in June for a couple of dates in Switzerland and Spain supporting Soulfly.

The song «Compost» has been chosen to feature on the CD «Newcomer» of the compilation «Independent vol.3» from the French label Enragé Production, released the 28th of April in France, Belgium, Quebec and Switzerland, and was also chosen to feature on the compilation «Real Headbanger» included on the third edition of «Rockstar Magazine», edited at 30’000 copies and released the 10th of May in the German Part of Switzerland.

On the 5th of July, P.M.T will contaminate the Auditorium Stravinsky of the legendary Montreux Jazz Festival as support of ... KoRn!

2005:
“ACUPUNCTURE FOR THE SOUL” get more and more infectious:

Reaching France through Musicast and South Africa through The David Gresham Record Company as well as UK & Germany through Revolver Records.

P.M.T opens for KORN in France, UK and Germany and start to work on new material.

Right at the end of the KoRn tour, the band goes back in studio ready to mutate another time.

P.M.T is ready to defend its three-letters banner everywhere, where the sound talks nonsense and take its sense...

So it’s time to help yourself and ask for your P.M.T dose!