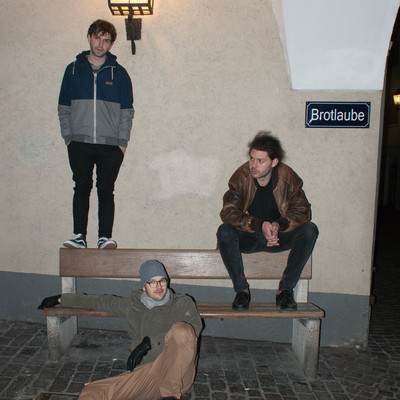 “Ice Skating” is the latest single release from the Swiss indie-pop and powerpop band, Polyphone. Melodic vocals and a catchy chorus are layered over an upbeat composition of guitar, bass, and drums that are true to Polyphone’s affinity for indie-pop music. This single serves as a fresh start for the band and their sonic revival. Polyphone originally released an indie-rock version of the song, but later flew to Manchester and gave the track a pop refresh alongside producer, Gethin Pearson. Following the release of “Ice Skating,” Polyphone will be going under the radar to work on an upcoming Album/EP. “Ice Skating” will be available on bandcamp and all streaming platforms.

Polyphone is a three-piece indie-pop band hailing from Chur, Switzerland. Polyphone has experienced an evolution of sound together, starting as a two-piece indie pop band in 2012 and then adding a third to the group where they then channeled their rock roots. They have come full circle sonically and have found themselves back where they are most comfortable - creating pop music. Each member of the band finds themselves more connected than ever to their new band identity and they are working on a project in which they have a deep emotional attachment.

Registered since over 8 years
Last login on 18 April 2019